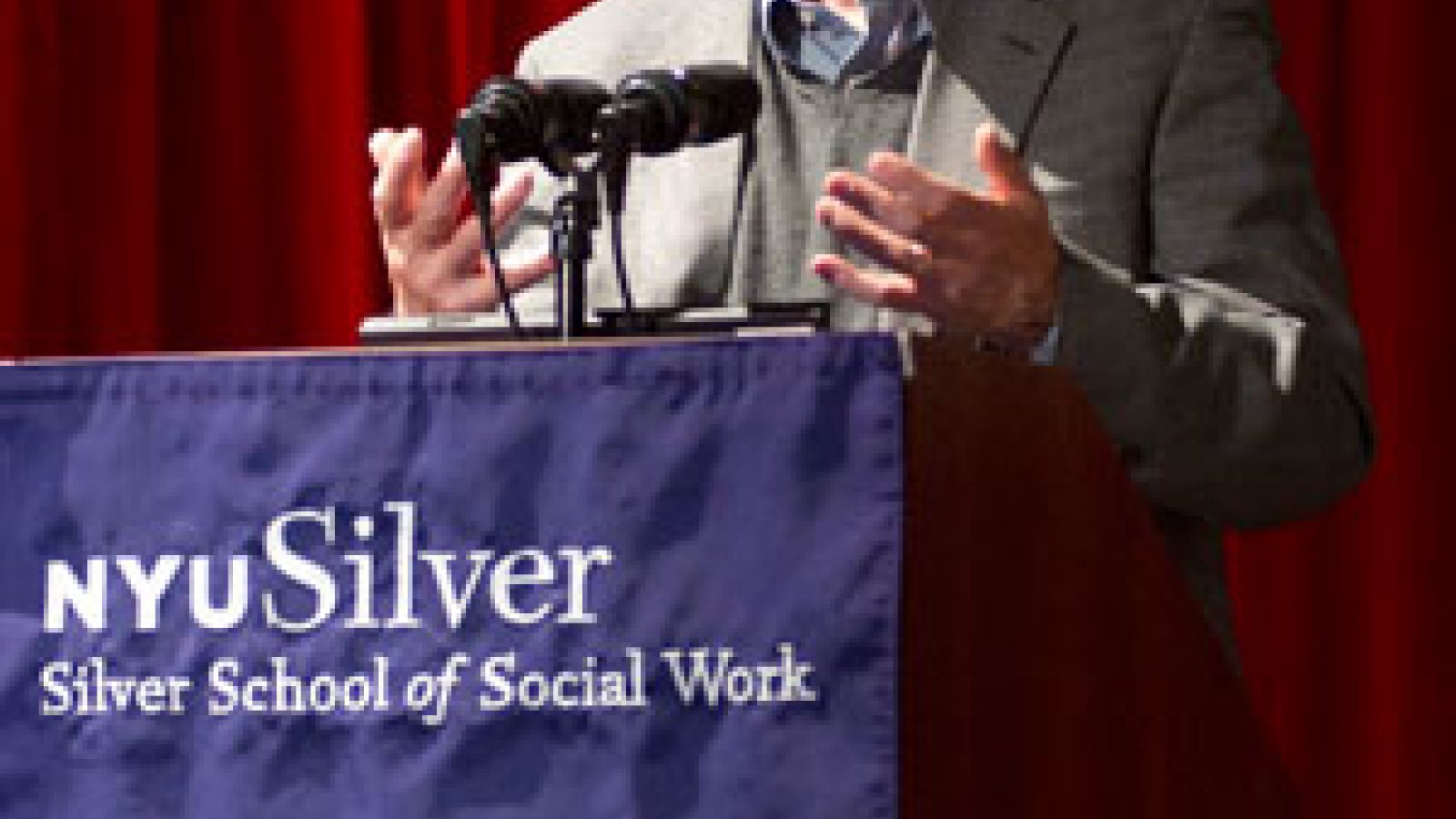 David Kaczynski, executive director of New Yorkers Against the Death Penalty and brother of the Unabomber, spoke to students at the NYU Silver School of Social Work's Professional Development Day. Addressing undergraduate seniors and first-year MSW students, Kaczynski discussed living in the aftermath of trauma. He put his infamous brother into human terms and described his agony over slowly realizing his brother was the Unabomber.

Despite their 7.5-year age difference, David and Ted had a close relationship as children. But at a young age, David noticed that his brother did not have many friends and spent a lot of time alone. "Somehow intuitively I realized that not all was well with Ted."

Ted moved to a cabin in the Montana wilderness and began isolating himself, including from his parents, as his undiagnosed schizophrenia spiraled out of control. However, he still kept in touch with David through long, rambling--and later on, angry--letters.

It was David's wife who suggested that Ted was mentally ill and, in 1995, first raised the idea that Ted could be the Unabomber. "I was flabbergasted," said David. "It was something that never would have crossed my mind."

David spent months pondering this idea, comparing his brother's letters to the Unabomber's published manifesto. Once he realized there was a good chance his brother was the Unabomber, he wrestled with whether to tell his mother and whether to turn in his brother to the FBI. "We couldn't have lived with ourselves if we allowed another person to be hurt or killed by my brother," said David of his and his wife's decision. "We had to act."

David said he had been in therapy in the 1990s and was grateful for the help he received. But meeting with some of the victims' families after his brother's trial concluded turned out to be most therapeutic. Rather than lash out at him and his mother, the families wanted to thank David for alerting the FBI. They appreciated how difficult a decision this was and did not blame him for his brother's destruction.

"The realization I've come to is that we can't change what happened," said David. "But we have some power to shape what we do with it."

A panel of experts on trauma spoke following Kaczynski. Moderated by Carol Tosone, associate professor of social work, the panel was comprised of:

They discussed mental illness and the impact on the individual and his or her family; the importance of community in dealing with trauma; and how social workers handle major traumatic events.