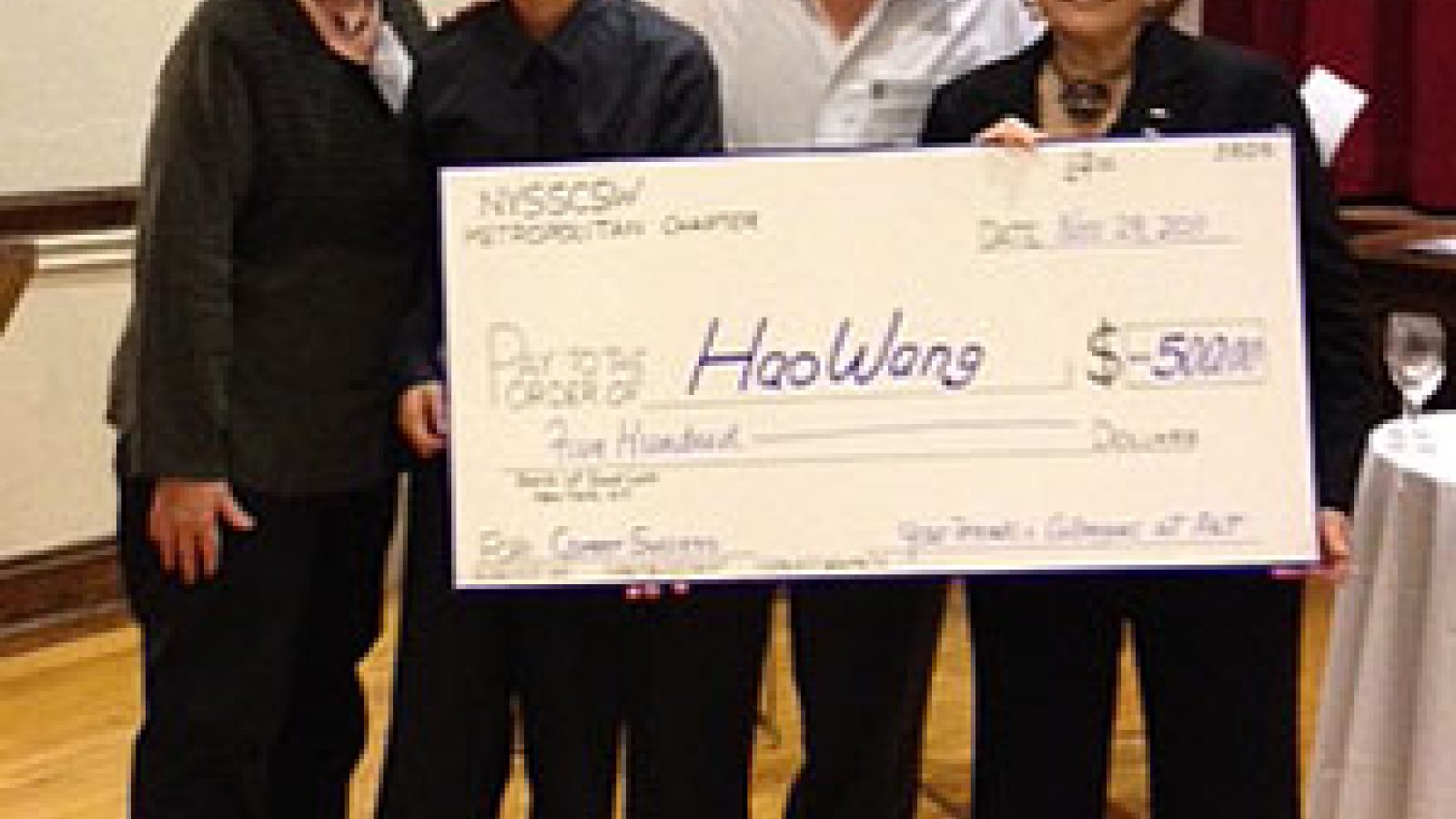 On November 29, the New York State Society for Clinical Social Work Metropolitan Chapter named Hao Wang, MSW '12, as the NYU Silver School of Social Work winner of its MSW Student Writing Scholarship. He presented his winning paper, "The United States of America - When Domestic Violence Becomes Transnational," to a crowded room including Silver School faculty and family and friends from Taiwan.

Wang drew directly from his field placement at New York Asian Women's Center -- which primarily serves Asian victims of domestic violence -- where he estimates he answered 150 hotline calls. Wang said he was compelled to apply for the scholarship because of his "truly rewarding" field experience.

In his paper, he discusses some of the commonalities he discovered in the calls made by battered women, including loss of identity and a social network due to relocation in another country, levels of language barrier, and financial dependence on spouses due to their immigrant status. He also notes that empowerment of a woman on the first call leads to the success of crises intervention.

In a set of recommendations, Wang attempts to bridge the gap between social work practices and the needs of domestic violence victims in the recent, Asian immigrant communities. Understanding some of the nuances of Asian culture -- particularly by workers of the social welfare, health care, and judicial systems -- can be crucial to helping immigrants feel more integrated into U.S. society and, hopefully, can lessen some of the service gaps.

"I felt that the biopsychosocial perspective and mental health input that clinical social workers hold can serve as a very powerful catalyst for a long lasting and systemic change for the benefit of these domestic violence survivors and their children," he explained.

Winning the scholarship came as a total surprise to Wang. "I never would have thought about winning anything like this as an international student who has never been to any English-speaking country for more than one month before joining the MSW program, and who speaks and writes in English as a second language."

Scholarships were awarded to three students from three social work schools in New York City. Also recognized from the Silver School was runner up Tera Gurney, MSW '12, for her paper "Connecting Theory to Practice."