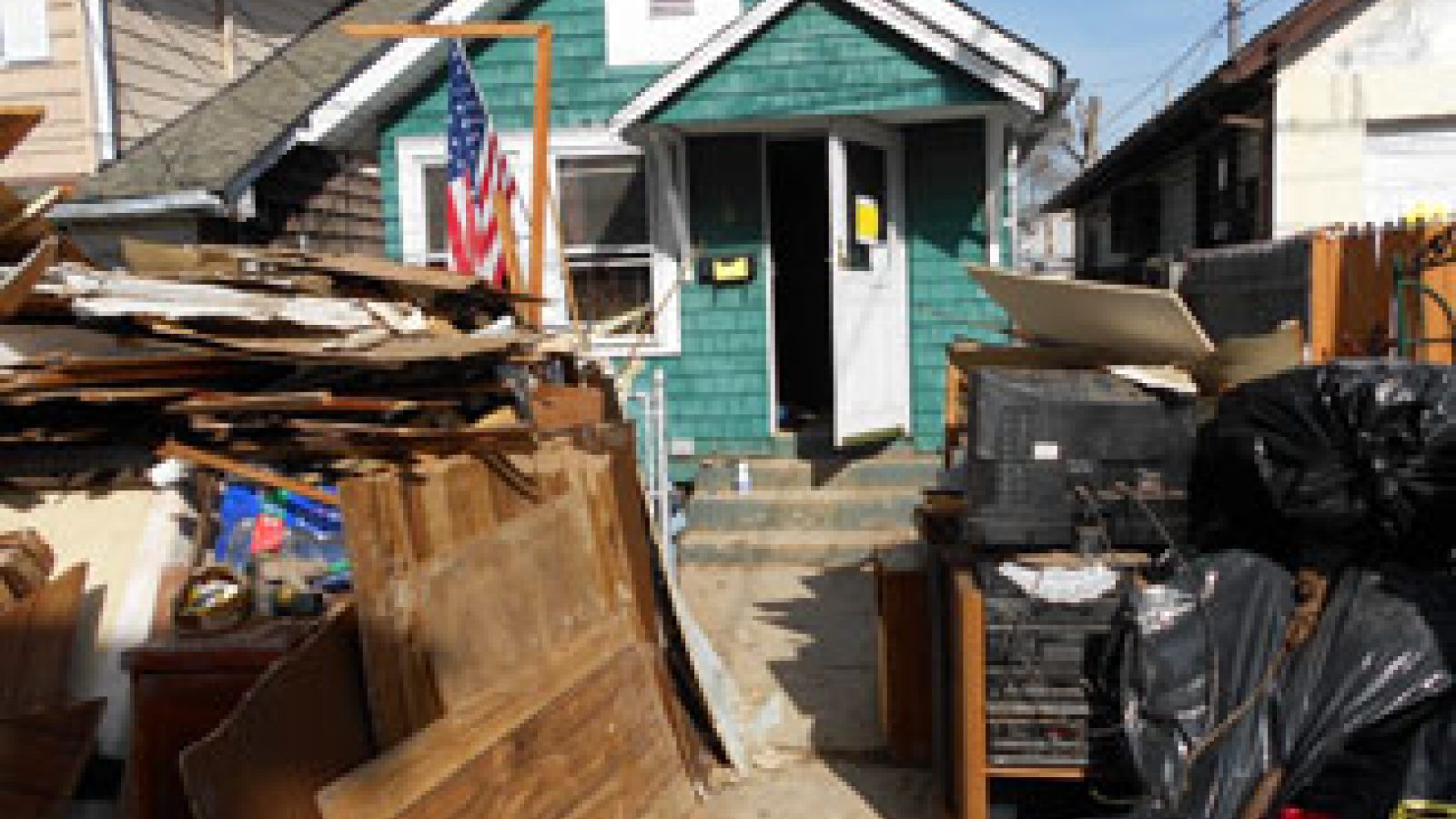 A chair sits lonely on the waterfront of New Dorp, Staten Island, one of the many areas in New York that has been gravely impacted by Hurricane Sandy. This beach area is both beautiful and serene at the moment, the opposite of how it was at the height of the storm. Beth Diesch, MSW '13 and Roopa Raman, MSW '13, along with NYU Silver student organizations, are organizing day trips to Staten Island for students in the NYU Silver School of Social Work community to help with the clean up efforts.

Diesch and Raman made their first trip to Staten Island the weekend of November 3 and 4 to the Oakwood Beach area, the first weekend after the storm. Diesch noted FEMA's absence on that Sunday and that the devastation was worse than what she and Raman anticipated. She explained, "We found a roof, but no home underneath. We had no idea where the house was."

On Tuesday, November 6, at 8:50 am, a group of volunteers from the Silver School met at the Staten Island Ferry Terminal to travel to New Dorp. Tatiana Otalora Medina, MSW '13; Julia Barr, MSW '13; and Rachel McCroy, MSW '13, under the guidance of Diesch and recommendations of a community organizer, knocked on the doors of residents to ask who needed help cleaning out their homes. Water rose to levels higher than residents expected, filling the first floors of many homes, ruining their possessions and making houses unsafe to live in.

After knocking on a few doors, Diesch and the volunteers met one resident, Mr. S., who has lived in his home for more than half a century. Diesch walked up to his open door and asked if he needed help. His home was one of the many the water reached. Rows of houses had restricted signs on them, meaning residents living there could only access certain parts of the house. It was unclear whether or not these people could continue to live in their homes.

The blaring tragedy of this man was in the front of home. Broken chairs, soiled wood, drowned portraits, and rusty pots and pans climbed a few feet high. Pieces of his life in a pile, waiting for FEMA to come with their trucks to dispose of his possessions.

Mr. S had been busy ripping sheetrock off the walls of his home that might be demolished. He is both frustrated and hopeful that all his work tearing down walls, tiles, and wood will allow him to keep his home. The work is tiring -- four hours helping Mr. S clear the interior of his home down to a wooden foundation. It is daunting that Mr. S is not the only one who may potentially lose his house. His neighbors are busy clearing out their homes of ruined possessions, walls, and floors as well.

And yet, in this environment, a strong sense of togetherness and community prevails. Volunteers from the community and other organizations sweep the streets; go door to door with sausage and egg sandwiches; offer boxes of garbage bags, containers of bleach, and batteries. FEMA trucks drive down the block every few minutes to ask residents if they have anything they want to throw out. Eventually they come, and haul all of Mr. S's possessions in front of his home into the truck.

Raman says her experience volunteering in Staten Island, including one visit in the Oakwood Beach area, shook her. She and Diesch helped a man tear apart the interior of his home. "We helped him take apart his first floor. He had been sleeping in his home like that for more than five days," she stated sadly. "We had to wear masks. Who knows what he was breathing. There was an intense odor."

Both Diesch and Raman felt a need to be in Staten Island, and have plans to go back. They also want to continue spreading the word about what they saw. "I hope to make a documentary about Staten Island," said Diesch back in New Dorp and asked Mr. S permission to take photos of his home. "I want students to know what's happened here."

Over the past few weeks, NYU Silver has held community meetings to check in and discuss students' experiences with the storm and volunteering afterwards. On November 8, NYU held a meeting with students and staff to discuss what the NYU community can do for those affected by the Hurricane. NYU has also created a page dedicated to potential volunteer opportunities. Students can donate money or much-needed items, such as garbage bags or non-perishable foods. Students can also offer their time, including their counseling skills in emergency shelters or cleaning up neighborhoods, as volunteers are doing in New Dorp.