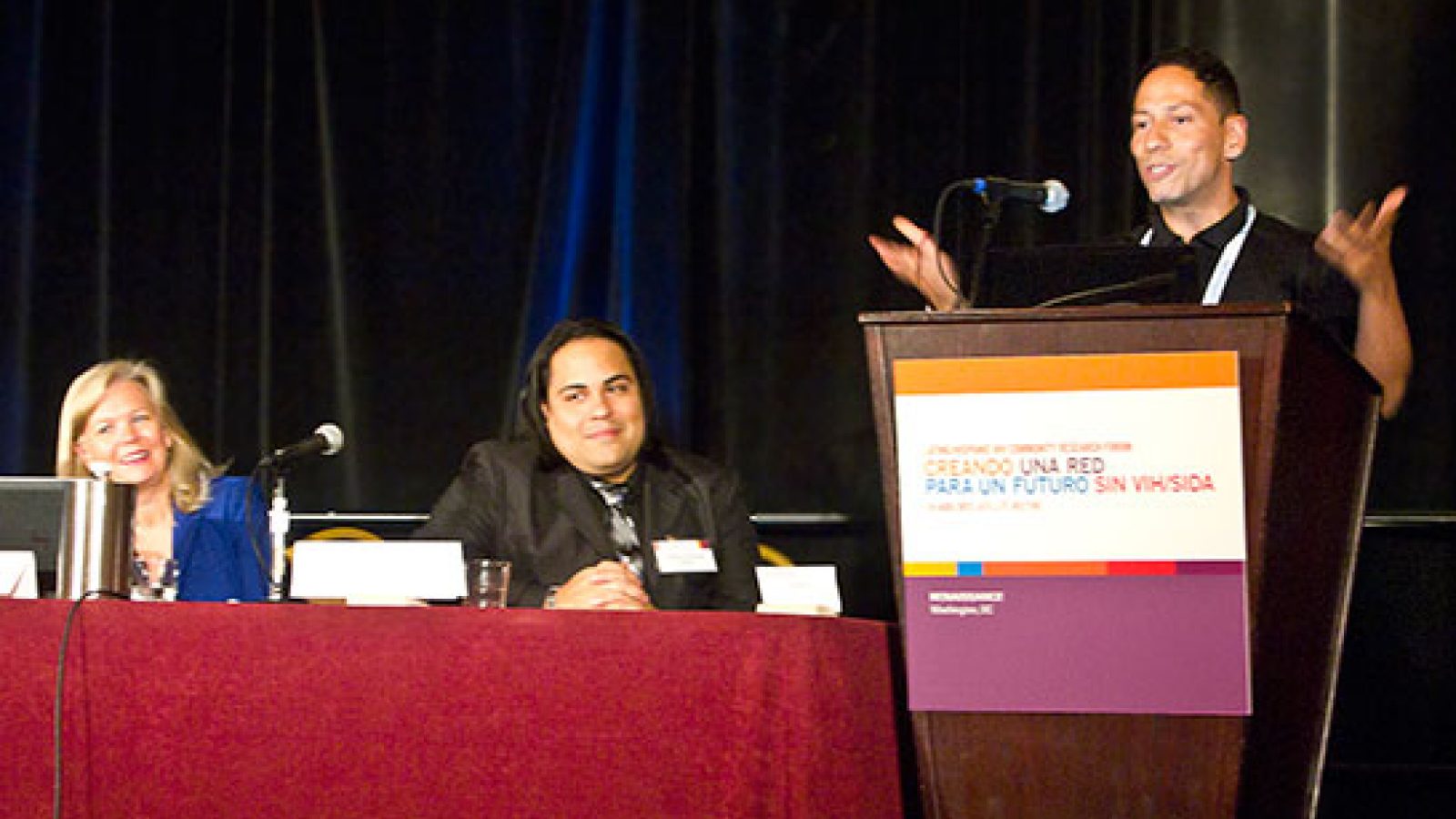 Professor Vincent Guilamo-Ramos spoke at the first Latino/Hispanic Research Forum on July 22, part of the XIX International AIDS Conference. Participating on a panel about Latino-Driven Models of Care and Prevention, Guilamo-Ramos addressed the significant role families play in HIV prevention among adolescents.

Guilamo-Ramos, co-director of NYU Silver's Center for Latino Adolescent and Family Health, discussed the importance of adolescence in long-term health outcomes, including HIV. He cited statistics from the World Bank that link nearly 70 percent of premature deaths and one-third of total disease burden to processes set in motion during adolescence. While early adolescents (age 10-14) generally have low HIV prevalence, people 20-24 years old have the highest rates of HIV diagnoses, making early adolescence a critical time for initiating preventative interventions.

"We know adolescence is dynamic period with lots of changes," he said. "It is an opportunity to correct early life disadvantage and to ensure adolescents who have done well continue this trend into adulthood."

No single approach is best, stressed Guilamo-Ramos, and a combination of structural, behavioral, and biomedical approaches are needed in HIV-prevention strategies -- a message repeated by several speakers throughout the day.

Any effective intervention must include parents, whom teens repeatedly identify as crucial in their decision-making. Parents can also provide a cultural context for their family and are experts in their children's lives. Guilamo-Ramos explained that an effective intervention needs to include communication, parental monitoring and supervision, and quality parent-teen relationships.

Because Latino youth are the youngest and fastest growing population in the country, Guilamo-Ramos stated, "What we do with young people will have a huge impact on the Latino community in the future."

The other panel members were:

Leandro Rodriguez Ramos, director of programs for the Latino Commission on AIDS, served as the panel moderator.

Panelists shared examples of successful intervention programs to reduce HIV infection -- for Latino teens, transsexuals, and men who have sex with men. Common themes that emerged were that parents need to discuss sex and contraception with their teens and any intervention should be adapted for their target users.

People that experience stigma -- related to ethnicity and sexual orientation -- are more apt to partake in risky sexual behavior. Ramirez-Valles shared research, which showed that LBGT community organizations help counter stigmas as individuals who are involved with these organizations are less likely to participate in risky behavior.

More than 250 researchers and experts in Latino HIV/AIDS and community leaders gathered to help focus attention on Latinos at the International AIDS Conference. Attendees came to Washington, DC, from across the United States, Mexico, the Caribbean, and Central and South America. Panelists and roundtable discussions addressed gaps in HIV prevention efforts and highlighted unique factors and needs within the Latino community and the HIV epidemic. Ideas for future areas of research were also touched upon throughout the day.

"Our community is disproportionately affected by HIV/AIDS," said Frank Beadle de Palomo, a community health leader and founding director of the National Council of La Raza Center for Health Promotion, who served as the day's moderator and helped kick off the day-long forum. He called Latinos the "unforgotten part of the epidemic."

According to the Centers for Disease Control and Prevention, Latinos accounted for 16 percent of the U.S. population in 2010, but 22 percent of people diagnosed with HIV between 2007 and 2010 were Latinos. The age group with the highest HIV infection rate is between 13-29 for both males and females. CDC numbers from 2012 put the rate of undiagnosed HIV at 19.8 percent for Latino males and 15.5 percent for Latina females.

This is the first Latino-specific satellite meeting at the International AIDS Conference, which is being held for the United States for the first time in 22 years. The meeting was organized by the National Latino AIDS Action Network.