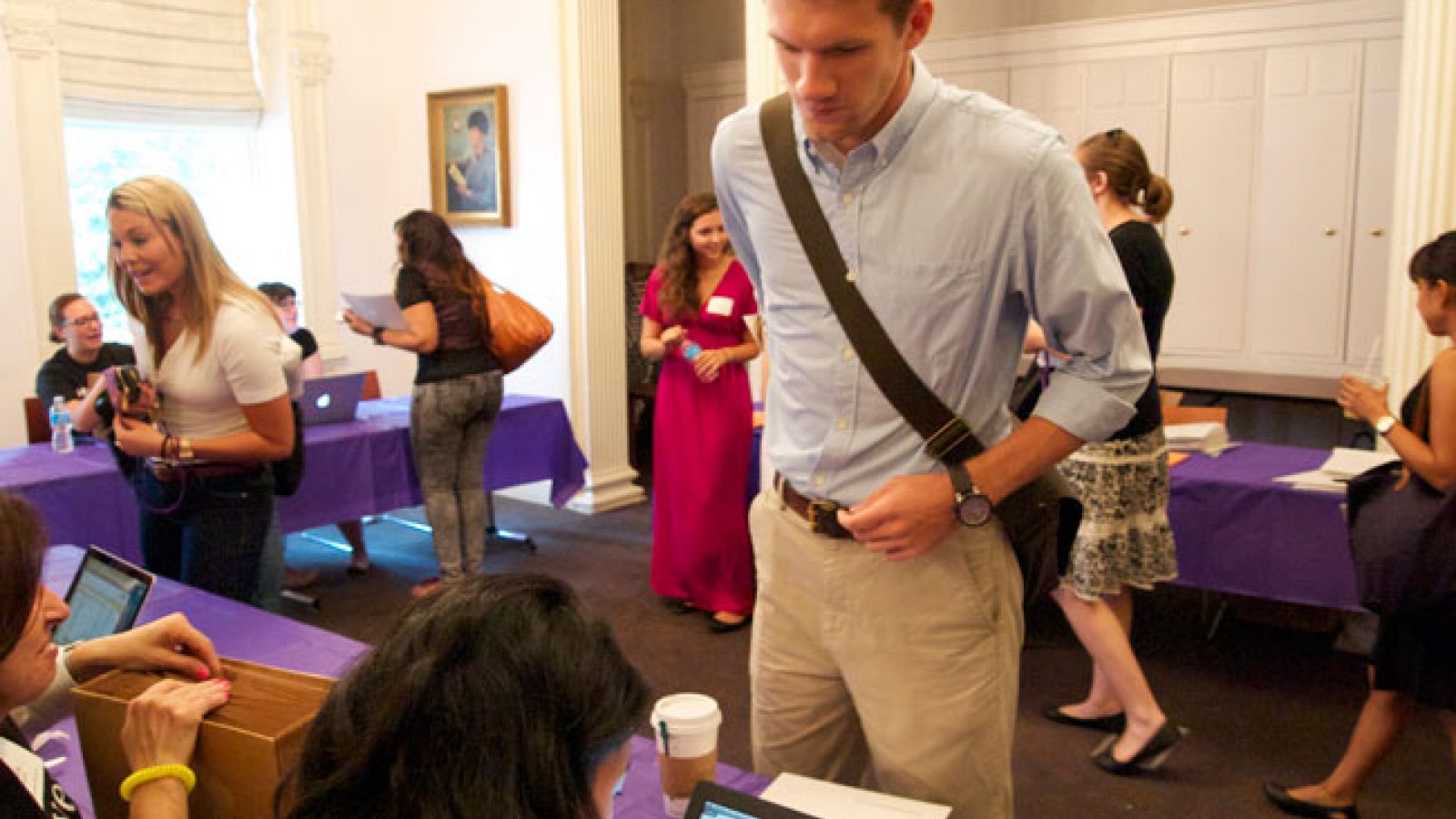 The Kimmel Center was abuzz with excitement when new Silver School of Social Work students reported for orientation on August 28 and 29. Their backgrounds, passions, and areas of focus differ widely, but so do those of the School, the students found out, in the panel discussion on global social work and NYU’s role in furthering the global studies experience.

Students learned about each panelist’s areas of expertise, including religious studies, clinical practice with children and families, advocacy work in HIV prevention, and access to higher education. Although these practice areas may not, at first, seem to directly correlate with global social work practice, it became evident that they are often intertwined.
President Sexton described the function of NYU as a global university. According to the College Board, he said, in this past year, for the first time, NYU has become the most searched American school by students outside of United States. He attributes this to the University’s recent commitment to expand the boundaries of NYU beyond New York City. NYU operates 13 campuses outside the U.S., more than any other American university. “Bringing NYU to the world” has been a significant mission during Sexton’s time as President, and he is proud of the work that’s been done to further this goal.

Dean Videka pointed out that NYU, as a university in New York City, is in an advantageous position to realize the potential for global social work. “You don’t need to leave New York to practice globally—there are international organizations in New York where you can volunteer or do your field placement, and any experience that you have in these settings will deepen your understanding of global social work practice,” she said. She encouraged students to look into the study-abroad courses offered through the Silver School in Argentina, France, Italy, and Mexico, for example.

Professor McKay offered another perspective, explaining that even in her clinical work, she routinely must navigate global issues with families who have relatives living abroad. “It’s a source of great stress for some, particularly if the home country is in a state of political unrest,” she said.