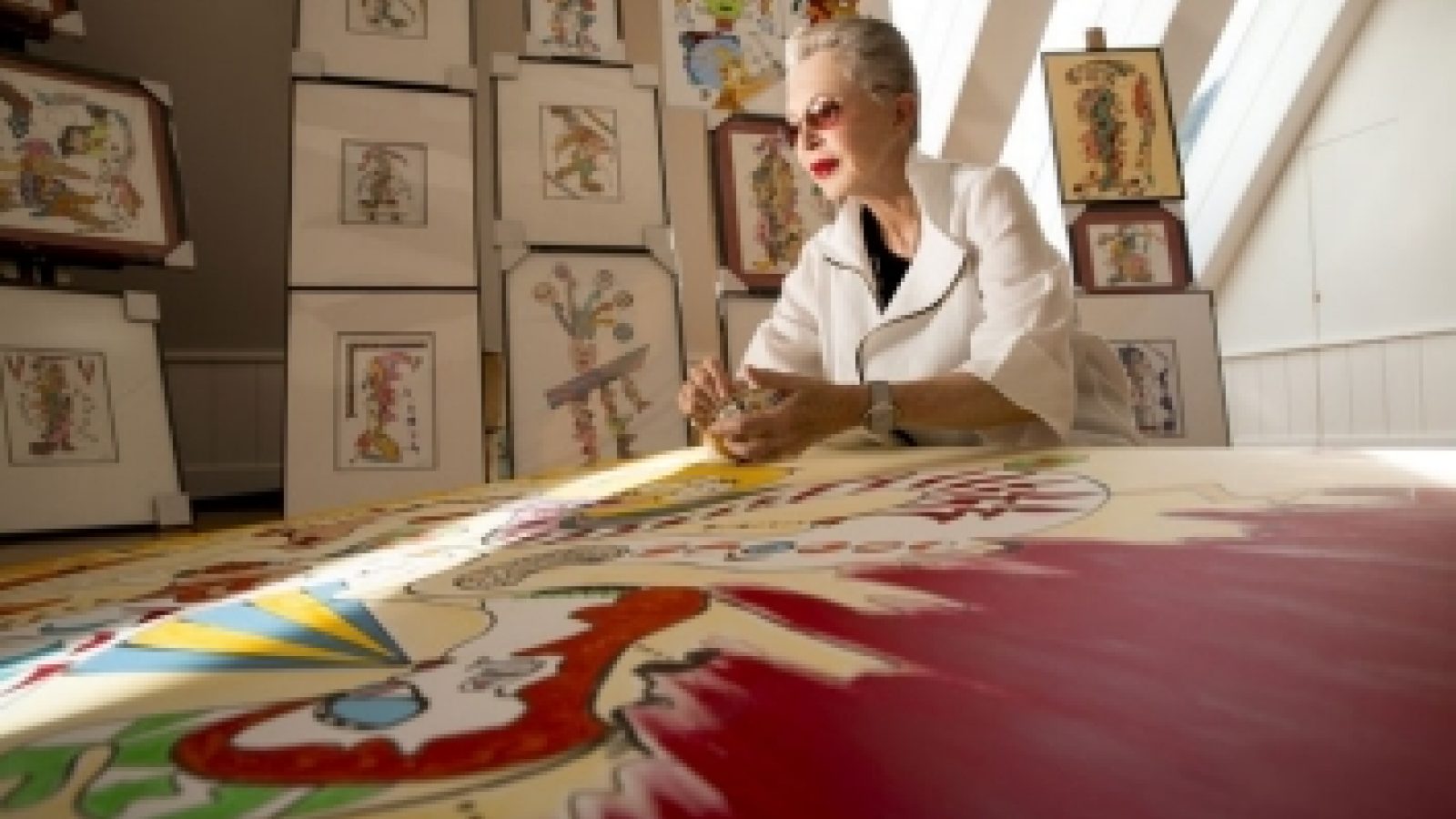 The NYU Silver School of Social Work knows Constance Silver, BS ’78, MSW ’79, as a generous philanthropist, an accomplished social worker and psychotherapist with a PhD from the Union Institute and University, a dedicated University trustee, and vice chair of the board of New York University. What fewer people may realize is she is also a talented artist. Working under the pseudonym C. McSilver, she creates vibrant paintings and sculptures depicting fantastical camouflaged and masked human figures.

Silver’s work reflects her affection and attachment to people and her belief in the individual spirit and soul, whether interpreted with joviality or sorrow. She expands traditional limitations of sculpture—working without restraint in design and unbridled in her conception—producing works with robust qualities and boundless fantasy. The results are brash, richly colored figures of varying dimensions, with some sculptures towering at over six feet tall.

A staunch advocate for the social work profession, Silver gives all her proceeds from art sales to need-based scholarships for Silver School students. “What is more important than education?” responded Silver, when asked about this unique collaboration. “Education changes the world. Children without the opportunity now perhaps can be our greatest scientists, lawyers, shoe makers, artists, and yes, social workers.”

Silver has been interested in art since she was a child. She said, “I was always a doodler. And a lovely teacher in third grade told me I was good!”

Her grandmother also served as an inspiration. When Silver was about eight years old, she would take walks with her grandmother, who was suffering from Alzheimer’s. Her grandmother would point out the outlines of figures in trees made from the tree branches.

Over the last five years, Silver has experienced a “resurgence” in her art, which is inspired by daily interactions she observes. Art shows have taken her to Connecticut, Miami, and the Hamptons. In 2012, her watercolors and acrylic paintings were featured at Miami’s Red Dot Art Fair, held during Miami Art Basel. Her work will be featured at Art Southampton from July 24 to 28. Both are major international art shows for modern and contemporary works.

This past April she was the featured artist at Miami’s Florida Grand Opera. In celebration of the Opera’s opening of Tosca, Silver’s sculptures—made of fiberglass and automotive paint—were exhibited at a pre-performance dinner for the Opera’s key supporters. Among the attendees were Anthony Kennedy Shriver, founder of Best Buddies International, and pop artist Romero Britto.

“This special partnership with Connie will help us educate the next generation of social workers,” said Dean Lynn Videka. “Connie’s generosity, creativity, and commitment to the social work profession serve as an inspirational example of how we can each make a difference in the world.”

Learn more about Silver’s art and see photos of her sculptures. Her work can also be seen on Facebook.