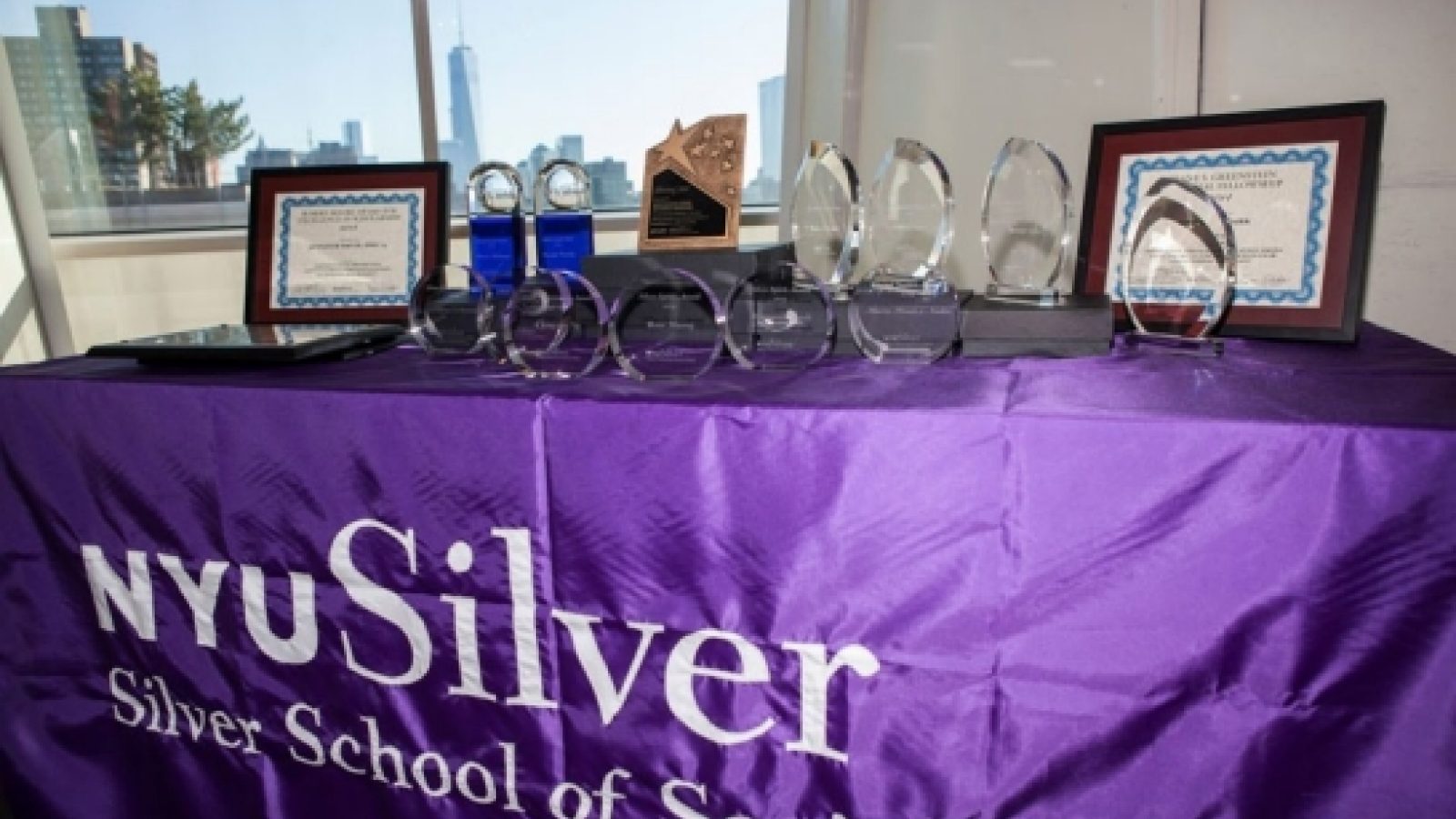 On Wednesday, April 9, a collection of students, family, faculty, and friends gathered to celebrate the achievements of a remarkable array of NYU Silver School of Social Work undergraduate and graduate students. At the 6th Annual Silver Student Awards, students received accolades for their excellence in leadership, academic endeavors, creation of student-run organizations, volunteerism and activism, and commitment to furthering social justice.

As sun streamed in through the lofty windows of the NYU Kimmel Center banquet hall and friends and family looked on proudly, Assistant Dean of Student and Alumni Affairs Courtney O’Mealley praised this year’s recipients: “We have been truly enriched by your individual and collective leadership.”

This year’s honorees are remarkably diverse, exemplifying the universal applicability and appeal of social work. Some began their social work journeys in other countries and have focused their work here on international perspectives. Beisi Huang, MSW ’14, received the Silver Spirit Award for her work as an international representative of the Graduate Student Association, and as president of the Chinese Student Support Group. Ching-Yee (Maggie) Ng, MSW ’14, was awarded the Silver Citizenship Award for her community outreach work in Chinatown and for establishing the first Chinese American Mental Health Outreach Program (CAMHOP) Peer Support Group through the National Alliance on Mental Illness.

Other honorees have seen their passion for social work spread into other states, countries, and continents. Jennifer Smith, PhD ’13, received the Robert Moore Award for Excellence in Scholarship for her dissertation research on the experiences of prospective adoptive parents who have attended an adoption match party. For her research, Smith interviewed adoptive parents in half a dozen states around the country, all while raising four children of her own and commuting to campus from Pennsylvania. Silver Citizenship Award winner Adina Lichtman, BS ’16, had stepped off of a plane from Mumbai (where she spent the past two months teaching English) hours earlier. She came straight from the airport to collect her award for her initiative “Knock Knock Give a Sock,” which used a pledge drive system in high schools and universities throughout the city to collect over 3,000 pairs of socks for the homeless.

Jennifer Glass, MSW ’15, received the Excellence in Leadership Award for her exemplary and tireless work as president of the Graduate Student Association. Accepting the award, Glass remarked, “There are those who say social workers aren’t natural leaders because we don’t have a voice. I take umbrage with that. There is a power in empathy, and a power in our education. And motivational interviewing works… and not just on our clients!”

The collective achievements of this year’s recipients is staggering and inspiring, with the 17 honorees serving as exemplary representatives of what it means to be a social worker. The feel of respect and camaraderie in the room was palpable, and Silver Spirit Award winner Margaret Woods, MSW ’15, remarked on the power of this feeling: “When I came to NYU, I knew instantly that this was home. There is so much community, love, and support, and I am forever grateful. I will continue to wear my colors proudly. There is power in the torch!”

Here is the full list of this year’s award recipients: