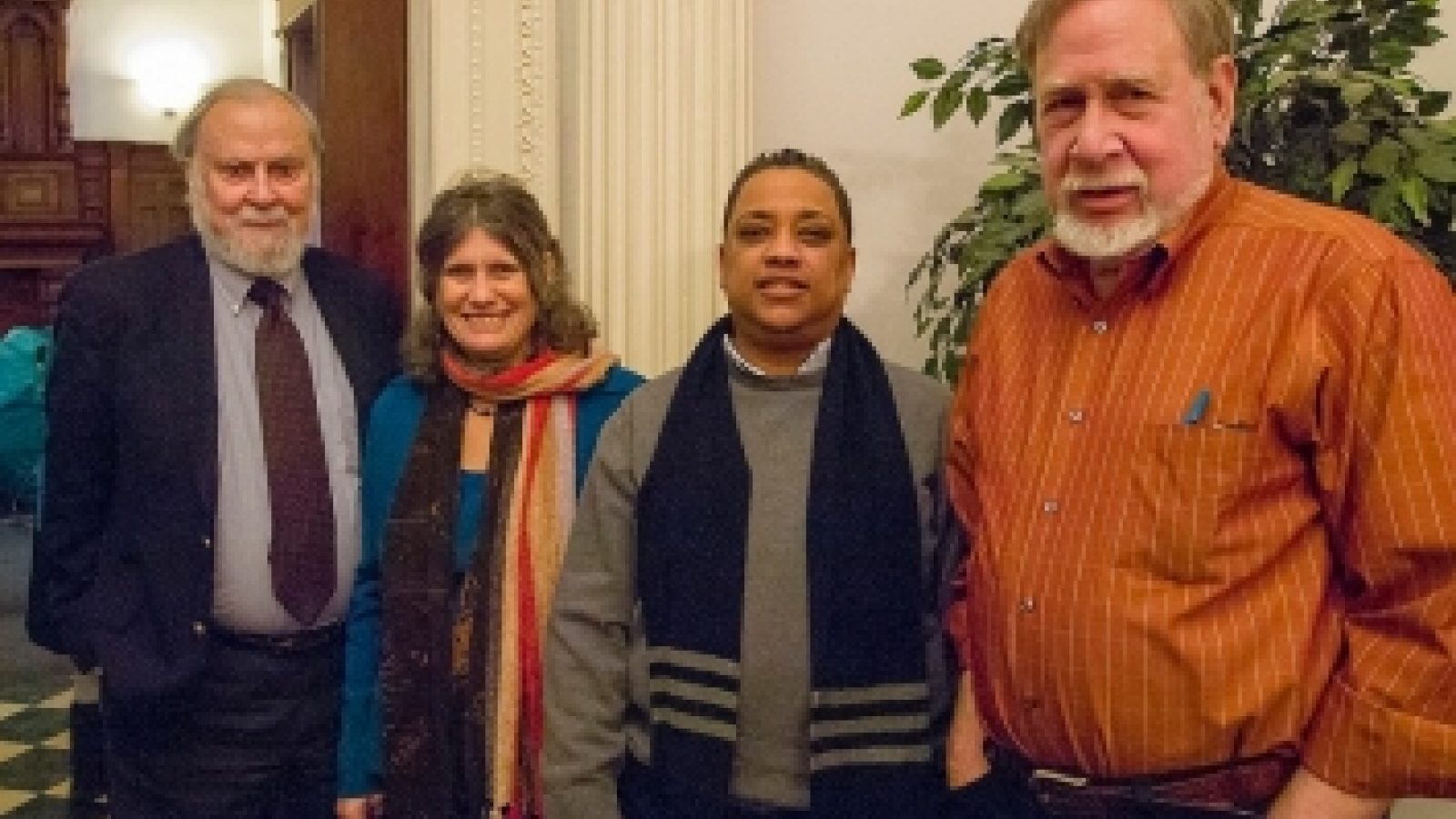 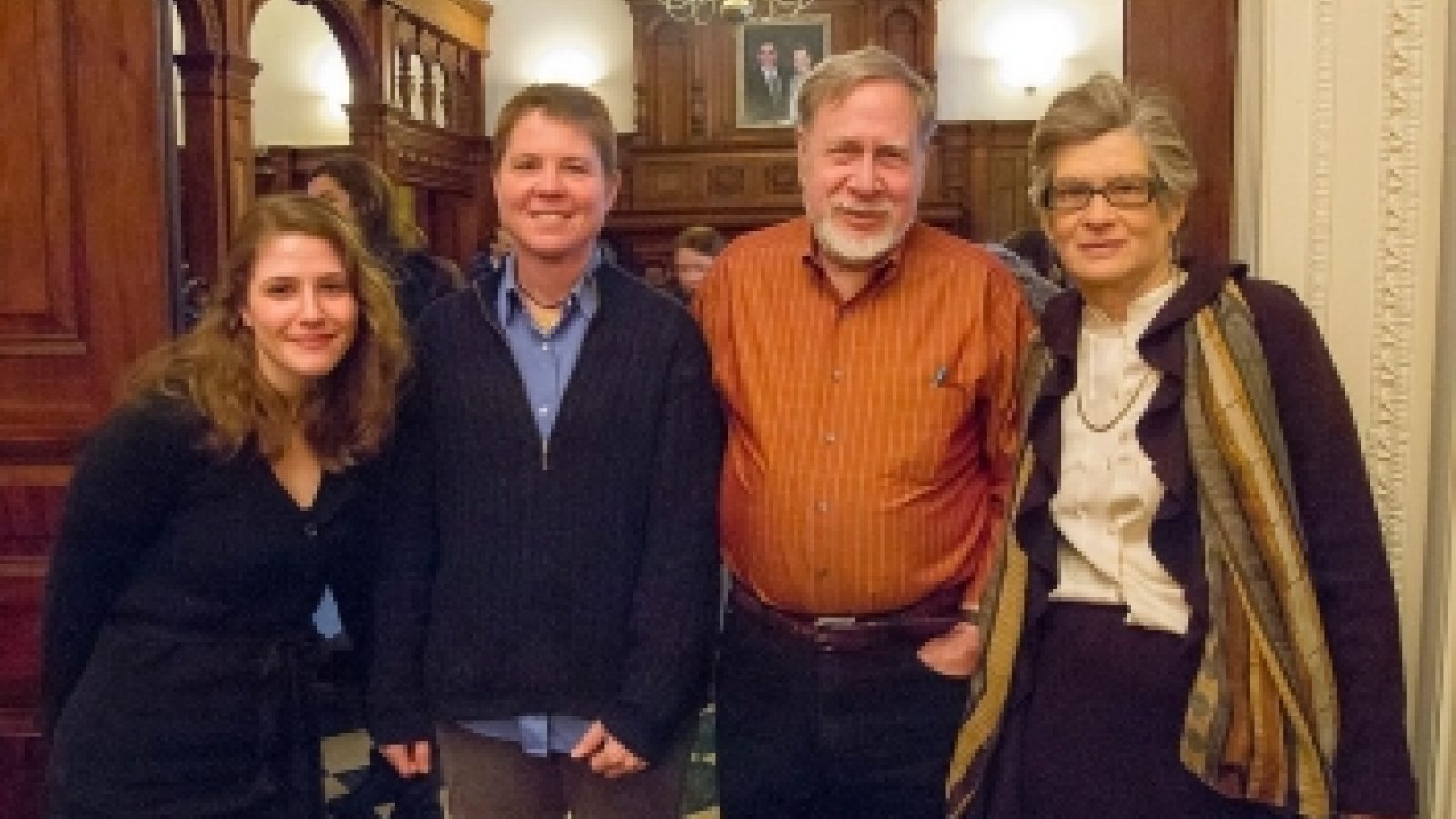 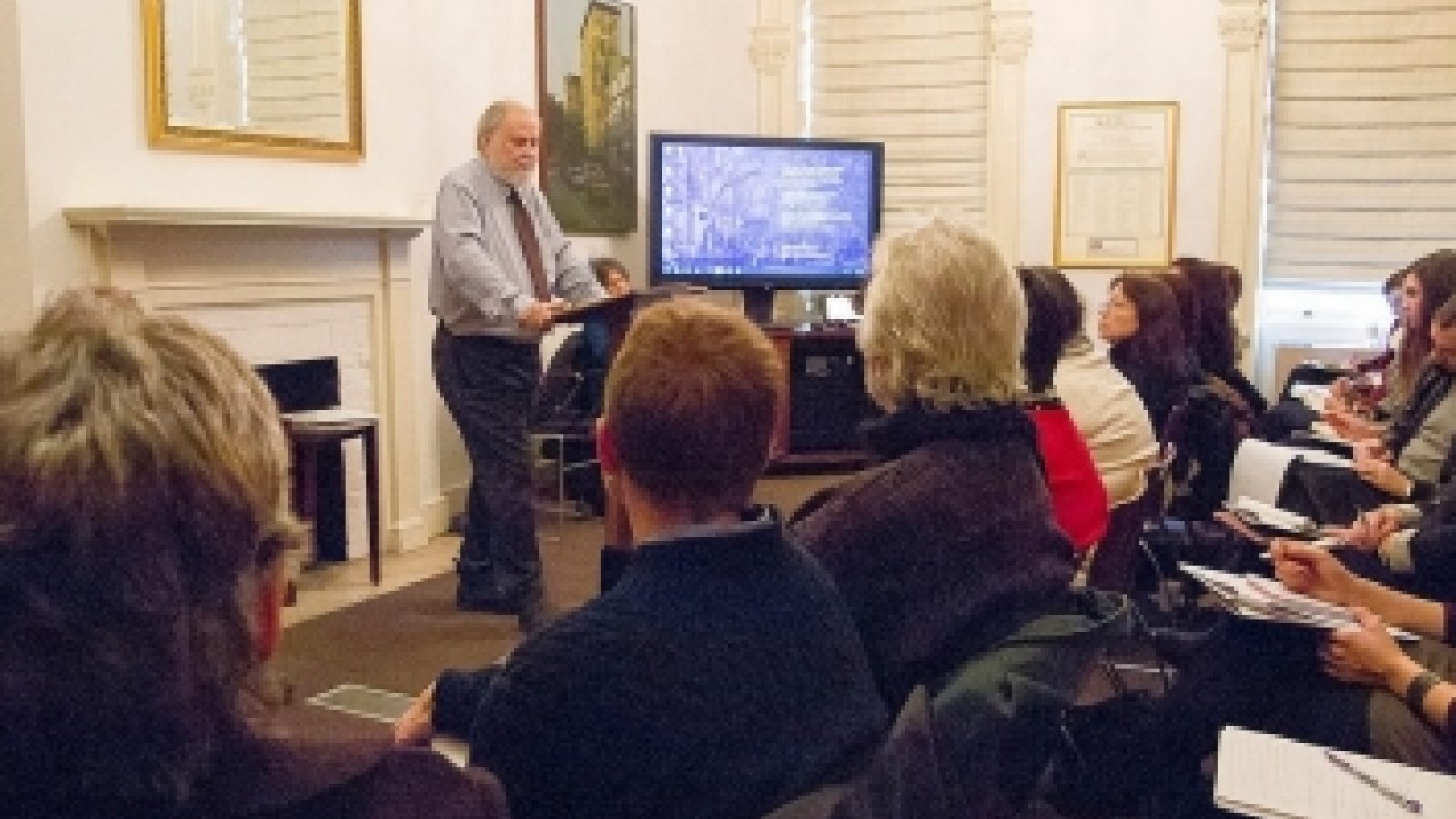 On Friday, January 31, the NYU Silver School of Social Work held a seminar on “Reflections on Violence: Correlates, Construction, and Consequences.” Led by keynote speaker psychiatrist James Gilligan, MD, the event focused on how violence is constituted and constructed in American culture, and how it can be prevented. This is the first in an ongoing seminar series this semester, Fridays at Silver on the Square, focusing on key social work issues in the areas of ethics, values, and practice challenges. The seminar was sponsored by NYU Silver’s Office of Global and Lifelong Learning and the NYU Silver Faculty Social Action Committee.

Gilligan, a clinical professor of psychiatry at the NYU Langone Medical Center and an adjunct professor of law at the NYU School of Law, focused his discussion on violence through a public health lens, rather than a moral or legal one. He posited that the most effective violence prevention tactic lies in “applying the classical methods of preventive medicine.” He described these as primary prevention (interventions that apply to the entire population), secondary (targeting only those at elevated risk of becoming violent), and tertiary (responses applied only after a person has already committed an act of violence). This focus approaches violence not only as a personal matter affecting individuals, but also as a structural matter inscribed into the macrosystems of law and economy. Most violence, he explained, is not criminal: “It is either permitted or mandated by our legal system.” Moreover, the most violent cultures in the developed world are those that permit the greatest income inequality. He cited the United States as being at the top of this list. Violence, Gilligan explained, is caused by “the interaction between biological, psychological, and social determinants, of which the social determinants—the many forms of social and economic inequality—are by far the most important.” A common motivator for violence is the feeling of shame or being disrespected, argued Gilligan, and this feeling is fed not only through personal interactions but through structural arrangements.

A central question explored at the seminar was: What and how can we come to understand the individual who commits a violent crime? Kathy Boudin, EdD, an adjunct professor at the Columbia University School of Social Work, shed light on this query through her own story. Boudin spent 22 years in prison, during which she worked with AIDS patients and in adult education, and helped create several rehabilitative programs. As an inmate, she experienced firsthand the pervasive psychological effects of violence on personal identity. In her presentation, Boudin discussed the notion of respect, and its correlation to violence. People in prison, she said, are defined by the crimes they have committed. They endure a constant internal struggle for respect as their identities are supplanted by their violent actions and status as prison inmates. As Boudin put it, “I don’t even know my social security number as well as I know my prison number.”

Boudin also raised the issue of the pervasive impact of semantics, highlighting the difference between “a person in prison” and “prisoner” (externalized and separate vs. internalized). In recent years, legislative terminology has shifted from referring to individuals serving time as “inmates” to “offenders.” Even after they finish their prison sentences, they are still “ex-offenders,” forever chained to their past actions. Boudin also spoke of the need for individuals to acknowledge and address the violence they have committed. The Osborne Association, where she serves as a consultant, works with long-term prisoners on addressing their role in the crimes they committed. The organization invites prisoners to consider who was affected, as well as explore notions of remorse. Ambivalence, Boudin noted, is a common factor for prisoners. “If you have no self-empathy,” she suggested, “how can you have empathy for others?”

Carolyn Strudwick, MSW, gave the final presentation of the seminar. She works as the associate vice president for SAFE Horizon’s youth and anti-trafficking programs. Strudwick gave a comprehensive overview of SAFE Horizon’s Streetwork program, which runs multiple crisis shelters throughout the city for youth under age 21, and provides overnight outreach in all five boroughs, as well as hot meals, mental health care, legal advocacy, medical care, and sex education. Violence, according to Strudwick, is woven into the fabric of the American tapestry: it stems from the United States’ foundations in war and the belief that power is gained through harming others. The trickle-down effect of violence is salient to Strudwick’s work, as runaway and homeless youth populations are especially vulnerable. She reported that large percentages of youth reported having been assaulted with a weapon while living on the street. The majority of runaway and homeless youth, she added, are coping with trauma, “which in many instances stems from experiences with violence and victimization.” Providing services to this population takes time and a safe space for open dialogue, where youth can discuss their ongoing struggles without feeling they have failed.

Gilligan closed out the seminar by re-emphasizing the need for violence prevention at all levels, and the necessity of wide-scale prison reform. “The modern prison system was a well-meaning 18th-century experiment that has failed; it provokes more violence than it prevents,” he said. “It is time we replaced it with safe, secure, residential facilities, as home-like as possible, that would function as educational and therapeutic institutions, including college.” By redefining the perceptions and assignment of punishment in the United States, it may be possible to break the cycle of violence on individual and institutional levels, and in doing so reduce the need for legal discipline.