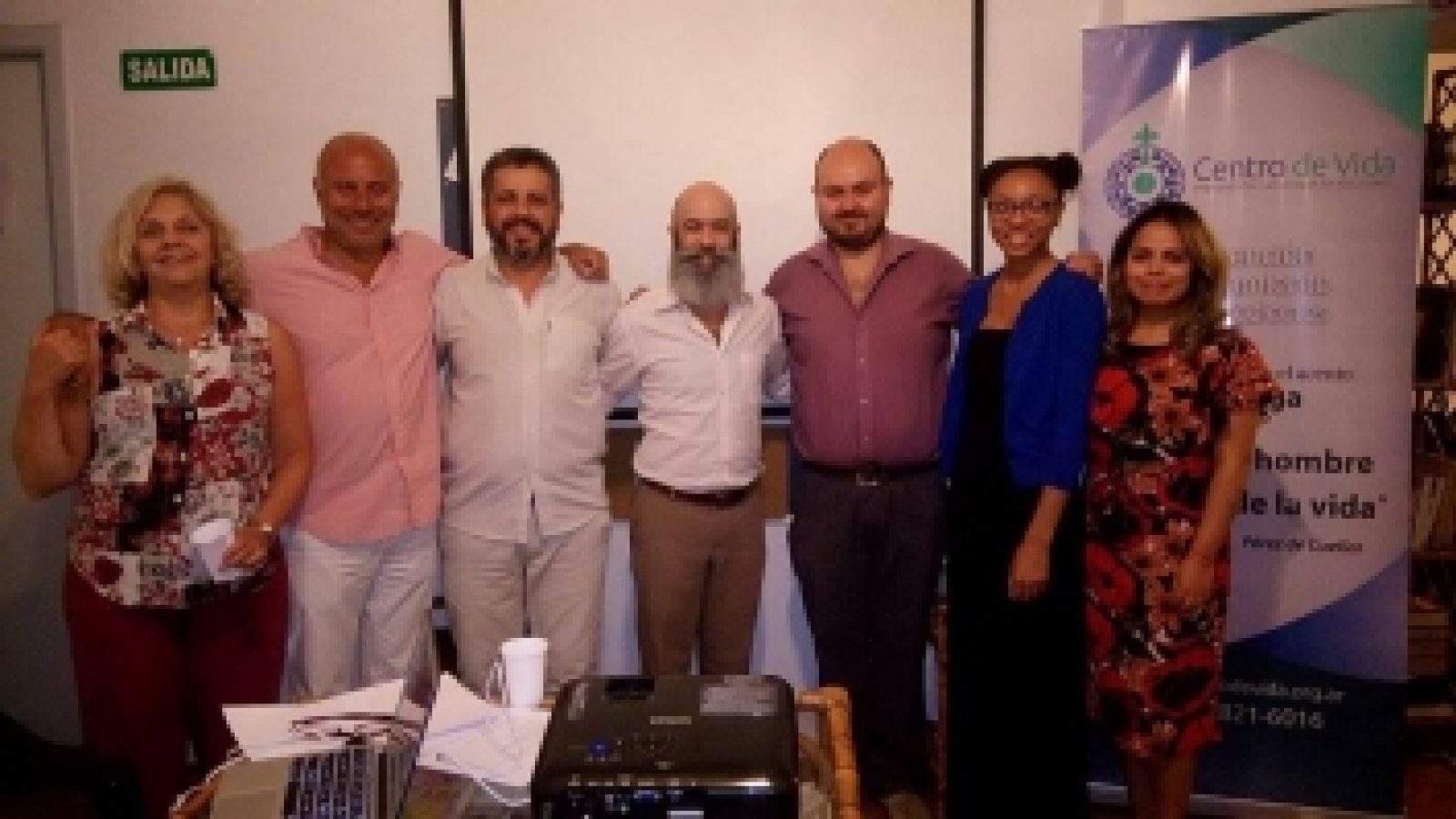 The Silver School co-sponsored the conference, which was attended by professionals and students in the fields of law, psychology, public health, and sociology. The three MSW students who presented, Autumn Talley, Andrea Maxi, and Bob Montero, all interned at Centro de Vida during the fall semester, and as result they had first-hand knowledge of behavioral health treatment and services in Buenos Aires as well as in New York, where they did their first-year field placements.

After Ramiro Mendoza, Centro de Vida's Prevention Coordinator, gave a lecture about addiction and the stigma surrounding drug use, Autumn engaged participants in a discussion about the war on drugs, social work’s involvement in treatment, and policy initiatives in the United States. Andrea described mental health treatment and brought the subject to life with a case study from her work as a Behavioral Health Care Coordinator at Mount Sinai Hospital’s Health Home Program. Bob presented the philosophical frameworks behind mindfulness and its application in mental health treatment.

For Autumn, Andrea and Bob, presenting at the conference as they concluded their semester abroad at NYU BA was a significant personal and professional experience, which allowed them to leave some of their newly-acquired knowledge behind for the benefit of others.