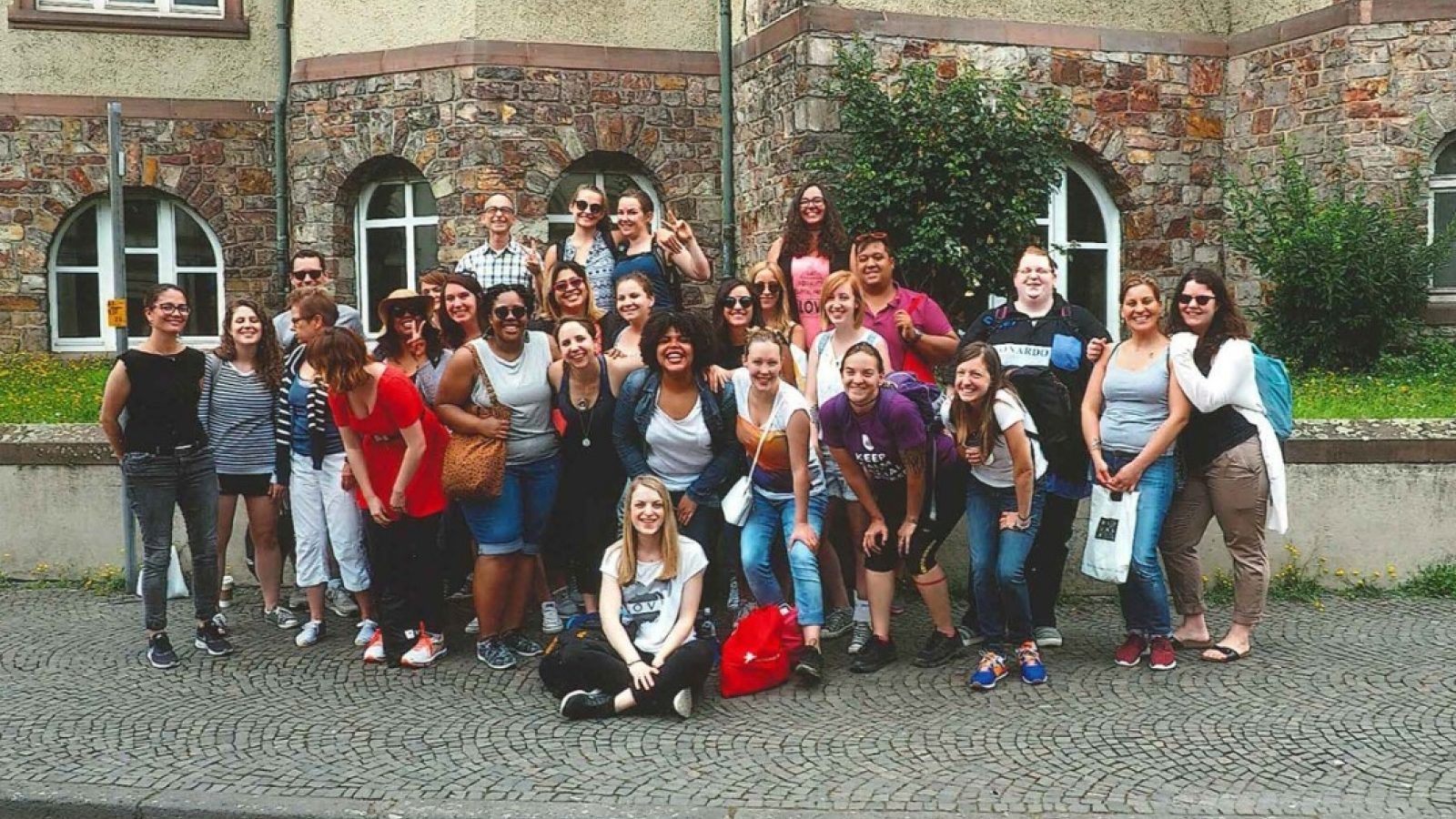 This past summer 11 MSW students from the Silver School of Social Work spent 7 days studying human rights and social justice with 11 German social work students at RheinMain University of Applied Science in Wiesbaden, Germany. The class used children and LGBTQ youth and adults as the primary examples of populations that have histories of being marginalized and oppressed in both countries; students were encouraged to apply what they learned to other marginalized and oppressed populations, such as refugees (especially in Germany) and people of color (especially in the US).

The "summer school" was planned and co-taught by Associate Dean for Academic Affairs James Martin and Wiesbaden Professors Heidrun Schulze and Davina Höblich, and it was featured in the Wiesbadener Kurier, the local newspaper. Although the class was demanding, students also spent time eating lunches and dinners together, sightseeing in Wiesbaden, and hiking in the Rhein Valley, as intercultural exchange between the American and German students was an important aspect of the course. At the end of the course, students were especially enthusiastic about the value of using multiple world views to learn about social justice.

A second "summer school" is being planned for 2017, this time focusing on international perspectives regarding immigrants and refugees. NYU Silver's collaboration with RheinMain University of Applied Science is an important component in the School's effort to globalize students' learning.