Note: All studio tours are currently suspended due to COVID-19. 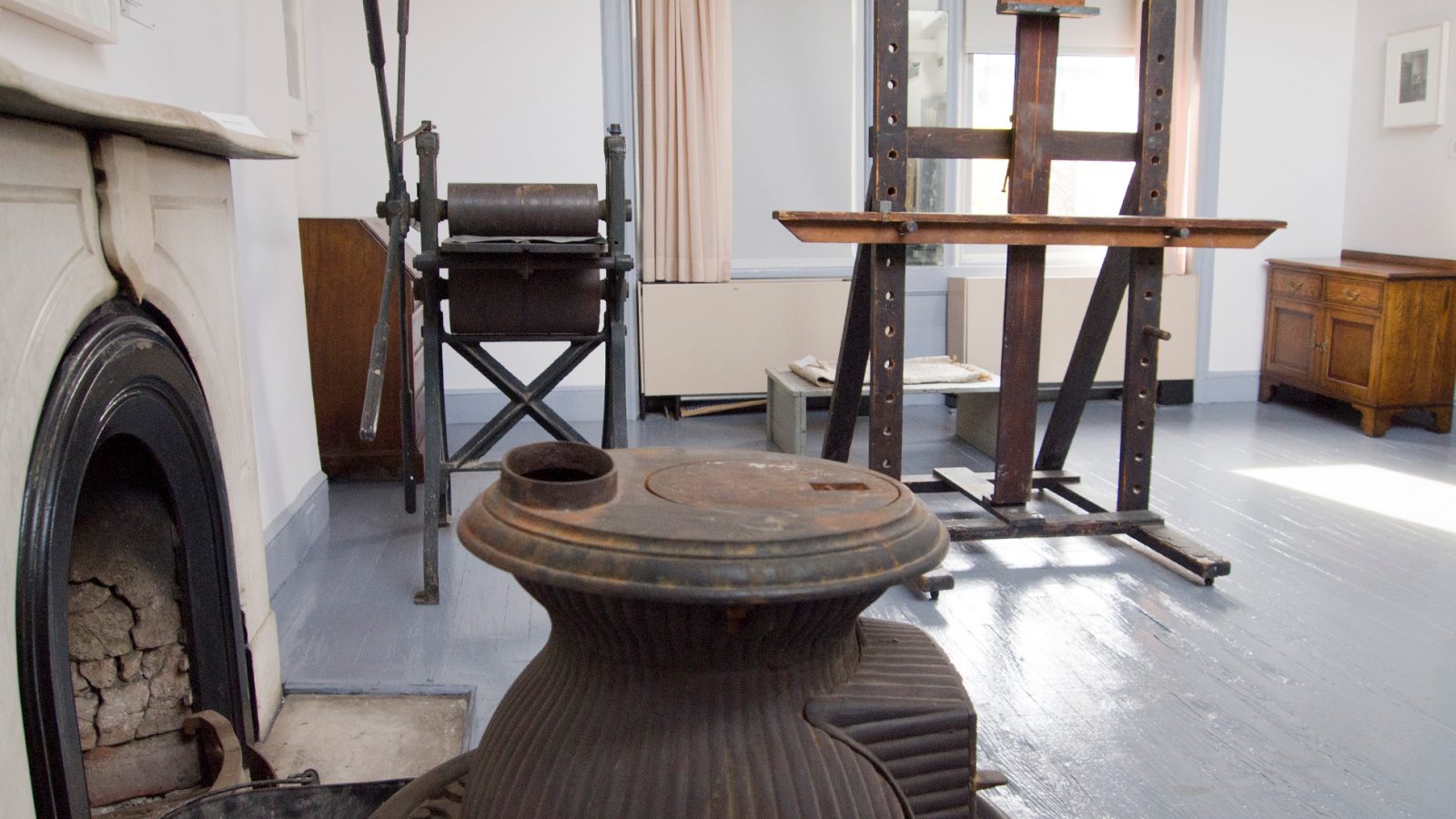 The 19th-century structures NYU Silver calls home are located directly on historic Washington Square Park in Greenwich Village and have a distinguished history in New York City, housing a succession of mayors, artists, poets, architects, and writers. One of the most noteworthy tenants was American artist Edward Hopper, who lived and painted on the fourth floor of 3 Washington Square North from 1913-1967.

Hopper used the south end of the space, overlooking Washington Square Park, and his wife Jo used the north space, although Hopper often painted watercolors on the roof of the building. The scenes from his garret window provided him with much source material for his memorable urban paintings of New York City. After a prolonged hospital stay in 1967, Hopper insisted on going home to his studio where he died peacefully on May 15 at the age of 85.

NYU Silver has preserved this eminent American painter’s studio. Students and faculty who meet in the space are surrounded by artifacts of Hopper’s life: The easel he painted on, the stand for his models, the press for his etchings. The original stove, refrigerator, and gas burner oven are all untouched. On view are portraits of Hopper and his wife by Arnold Newman and Berenice Abbott, both renowned American photographers. The studio also features Hopper reproductions.