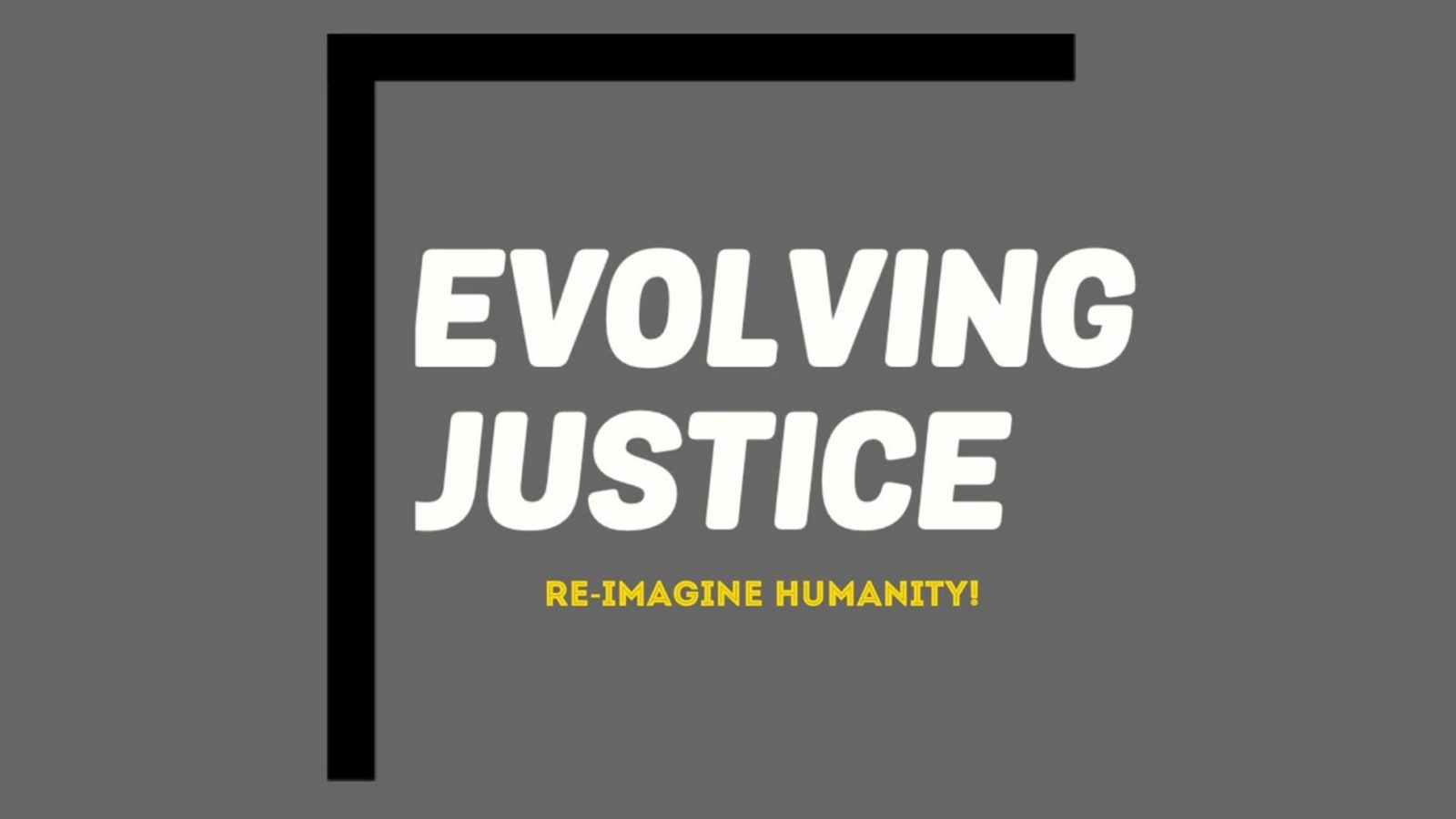 The American ideal of JUSTICE is a salient value throughout our constitution.

Further, 1 in every 100 Americans is currently behind bars. The number of people (predominantly poor and of color) incarcerated has risen by over 500% in the last 40 years. Women are the fastest-growing prison population. Millions of children report having a parent incarcerated, and in spite of copious amounts of neuroscience data on brain development, and the impact of childhood trauma, we continue to arrest, charge, and sentence young children as adults.

Most of the people impacted by carceral systems in America, and throughout the world are also the same people who have been most impacted by the legacy of colonialism, slavery, capitalism and varied systems of oppression.

Is this JUSTICE? If no? Then what is?

The lens in which most people answer that question, or work to actualize it, including social workers, will undoubtedly be shaped by viewpoints influenced, and thus congruent with white supremacy!

It is essential that as helping professionals, we recognize that our knowledge, values, and ways of knowing have and continue to be shaped by oppressive and reductionist ideas that are often incongruent with JUSTICE.

Our collective exploration and evolution of JUSTICE is then a necessity in the creation of a liberatory society!

Evolving Justice (EJ) is an educational initiative for social workers, advocates, and concerned people that aims:

EJ further believes that central to the aim of JUSTICE is a reimagination of humanity in which no one is their worst action, disposable, or denied an opportunity to fully actualize! 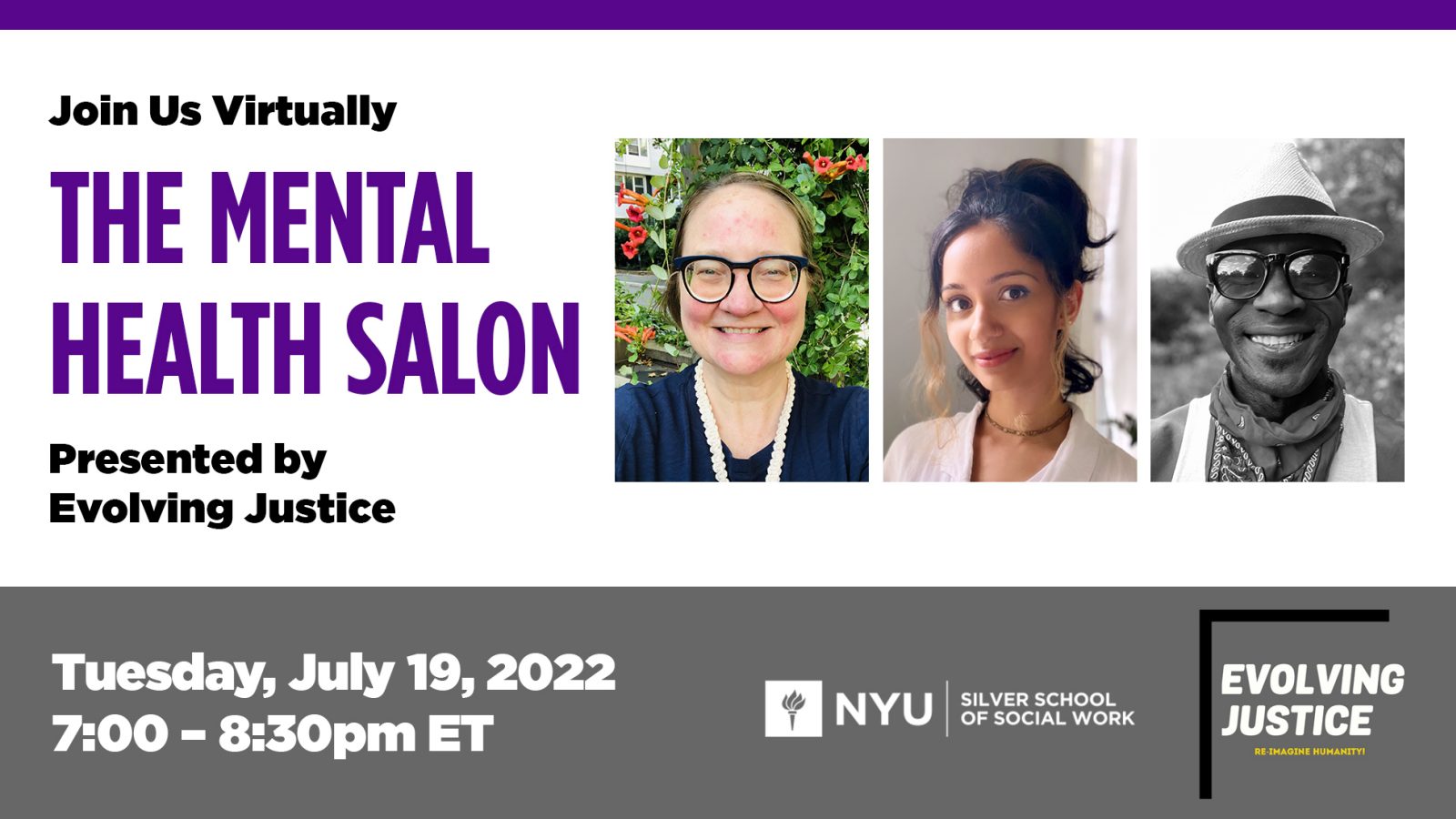 This community conversation presented by Evolving Justice and hosted by Professor Michelle R. Munson, Sejal Mehta, MSW ’22, and Clinical Assistant Professor Jae James aims to humanize and increase understanding of the current mental health crisis facing our society and to share the tools and practices that we are utilizing for health and healing. 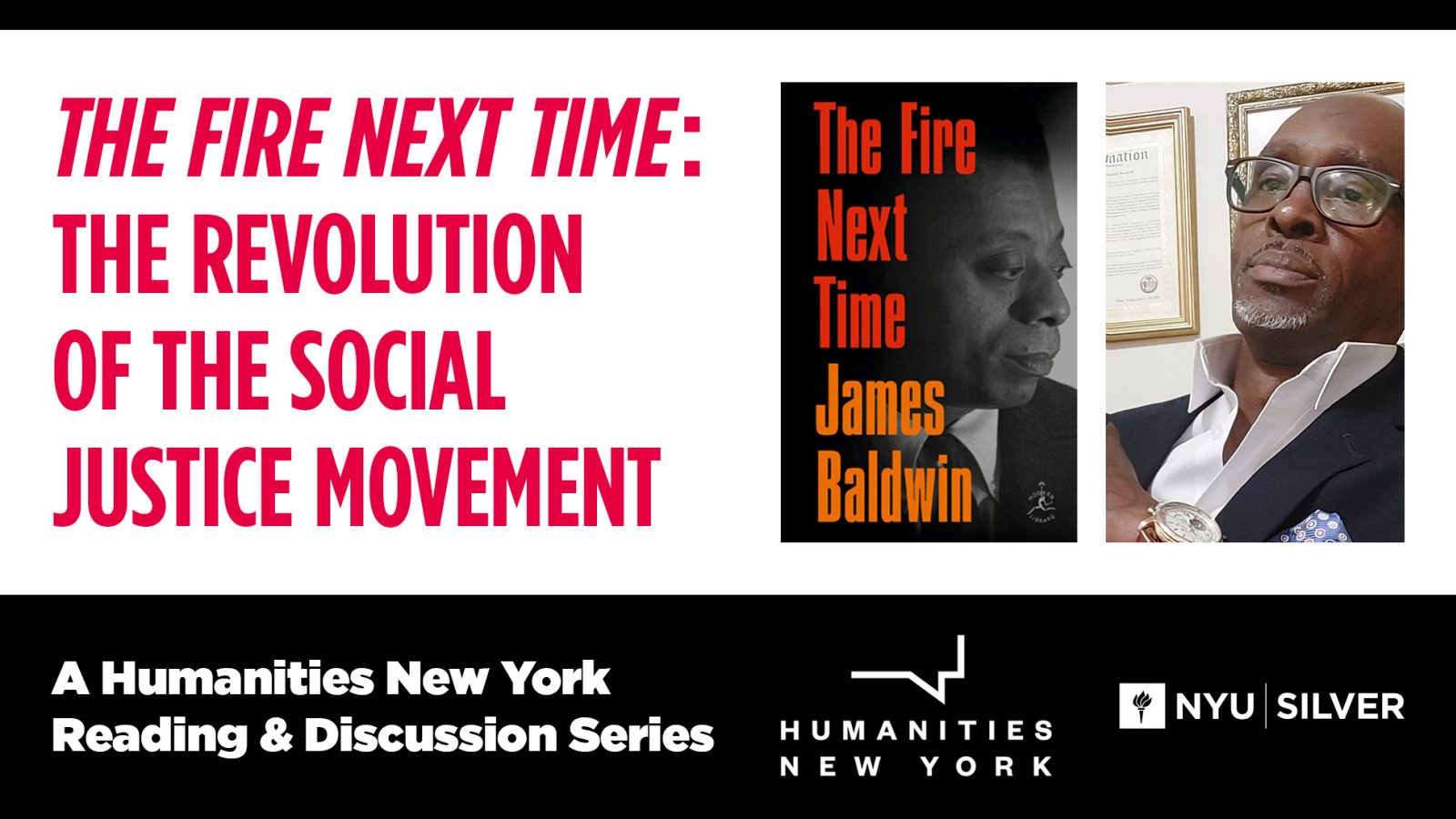 The Fire Next Time: The Revolution of the Social Justice Movement
Friday, March 18, 2022

James Baldwin's The Fire Next Time is an American classic that highlights the challenges and struggles of America during the Civil Rights era. A national bestseller in 1963, this literary work galvanized the nation and gave a passionate voice to the civil rights movement. Activist, educator, NYU Silver alum and Adjunct Lecturer Terrence Coffie, BS ’16/MSW ’17, was awarded a Humanities New York Reading & Discussion grant to lead a six-part Reading & Discussion series on Baldwin’s timeless work and its prophetic impact on the social justice movement today. NYU Silver is proud to have hosted the first event in this series. 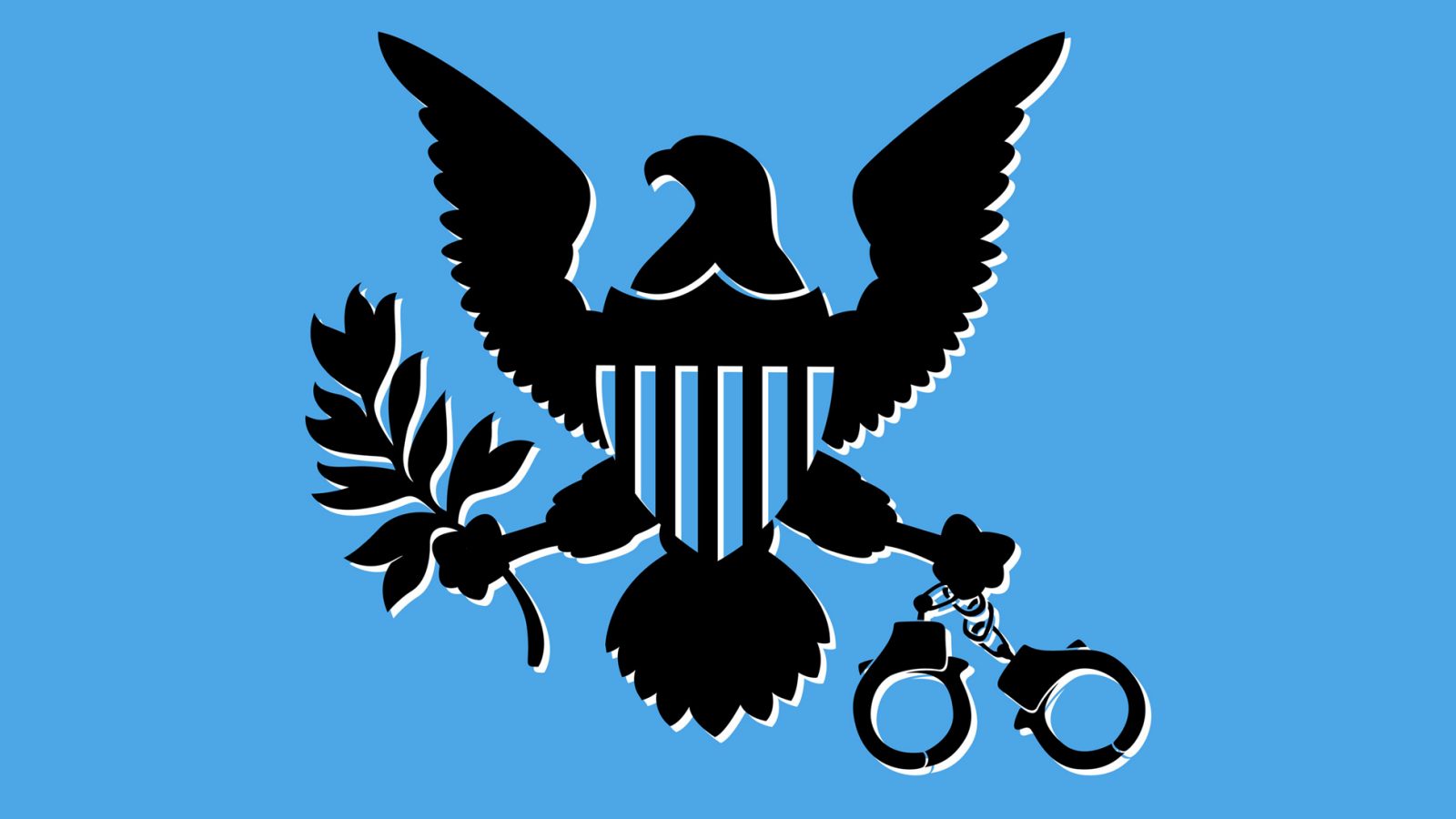 A conference created to move us; Re-Imagine Justice focuses on collective action toward necessary change. This is NYU Silver School of Social Work’s second such conference, bringing together leading criminal justice professionals from across the country and state for a national and local discussion on the human impact of crime and incarceration, including new approaches to juvenile and young adult offenders, pretrial justice, incarceration, and re-entry.

A debate among the democratic candidates for the Manhattan District Attorney primary in June with NYU Wagner's Students for Criminal Justice Reform. Moderated by Khalil A. Cumberbatch, a long time advocate for criminal justice reform in NYC and Senior Fellow on the Council on Criminal Justice.

An open discussion around the Black vote in the US, its historical significance, and impact today. 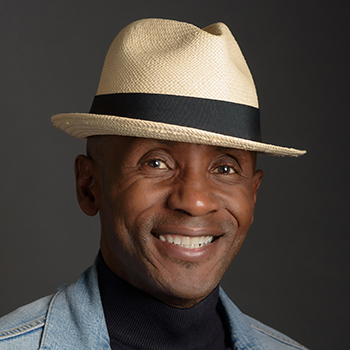 Back to Top
See Our Events
Apply Now!
Connect With Us