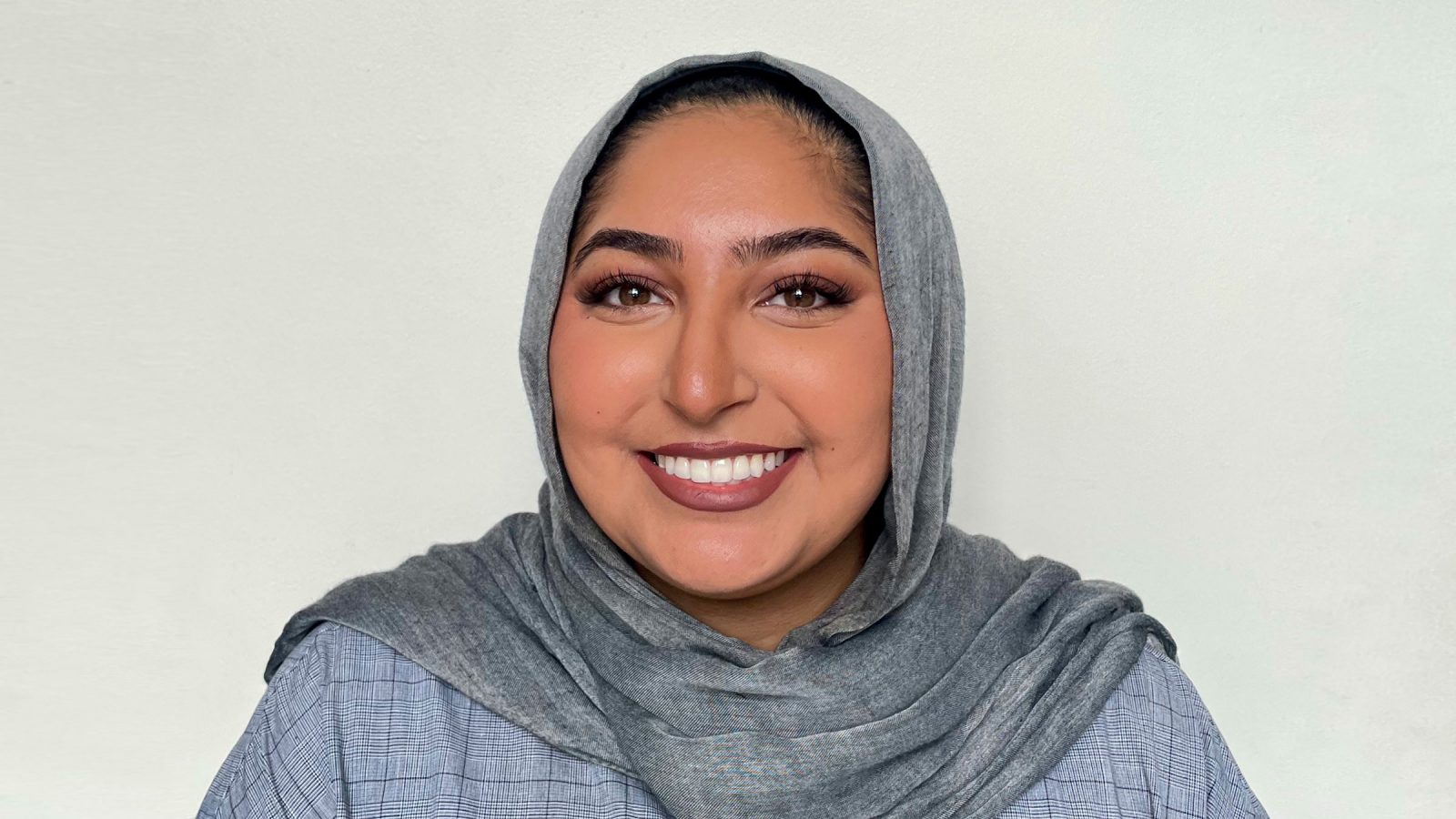 Maryam Bendary, MSW ’23, has been selected as a Fellow of the American Psychological Association Interdisciplinary Minority Fellowship Program (APA IMFP) for the 2022-23 academic year. Through this fellowship, Maryam will receive a $12,000 stipend as well as training, professional development, mentoring, and lifetime access to the program’s network of Fellows.

Funded by the Substance Abuse and Mental Health Services Administration (SAMHSA), the purpose of the fellowship is “to identify, select, and support the training of ethnic minority graduate students who commit to significantly improving the quality of care provided to ethnic and racial minorities who have a mental or co-occurring mental and substance use disorder.” Fellows attest that they will work for at least two years in a capacity that addresses the behavioral health needs of these historically marginalized populations in order to help reduce disparities.

Maryam’s goal after she graduates is to work with Muslim families in the United States. A Muslim woman herself, she said, “There is a lot of stigma in our community around mental health. Sometimes it helps to have somebody from within the community to talk to about it. They are my people so I am very familiar with the population. I want to take care of the people that helped me grow and nurtured me so that I could even come to this point.”

It was during six months as a volunteer in a psychiatric hospital starting in fall 2020 that Maryam realized social work was her path to giving back. “Somebody I know who worked at the hospital helped me get the volunteer position in the adolescent partial hospitalization unit. It enabled me to shadow people and see what it was actually like being in that setting. Originally I didn’t have an interest in social work. I had majored in sociology as an undergraduate and people had mentioned social work to me, but it wasn’t something I looked into. Being in the hospital, however, and seeing what it’s actually like to provide social work services, I felt like it would be an amazing fit for me. And so far it has been.”

Maryam’s experience in the hospital also solidified her commitment to serving historically marginalized populations. She was struck by the fact that the entire staff in her unit was white. She noticed that staff were not addressing the surge of anti-Asian hate crimes that was happening at the time with their Asian patients. “I asked them about it, and they were completely avoidant,” she said. “I then talked to the manager of the program. She acknowledged that there was work to be done but that the staff was very resistant to addressing these problems. So I felt like I had a responsibility to step up and provide culturally humble services to people that they deserve.”

In addition to the stipend, Maryam noted, the APA IMFP offers training that will supplement her “great education at NYU.” In particular, she said, “there is training in culturally humble practices, which I’m very much looking forward to.”

Maryam expressed appreciation for the training she received in her first year of the MSW program through her Field placement at the Halo Network’s day habilitation program. “I was able to get a lot of experience in group therapy, developing my skills doing something I really enjoy. I love seeing dynamics between people; my favorite thing is seeing people within the group supporting each other.”

In her final year in the program, Maryam will be doing her Field Placement at the Family Center in Brooklyn, providing group therapy to youth and possibly couples therapy as well. “Family members and partners are primary support systems,” she said, “so making sure that those are healthy and nurturing relationships is very important, especially when you’re dealing with other issues for which you need support.”

Maryam expressed gratitude to her Practice I/II professor Karen Bernstein and her Diversity, Racism, Oppression, and Privilege professor Joshua Ware, for helping her with her application for the fellowship. Professor Ware, she said, has been particularly influential. “He is very grounding. He is focused on anti-oppressive dynamics and thinking about the person that you’re in the room with not as a patient you are treating but as another human being. We are all human and we’re all healing.”