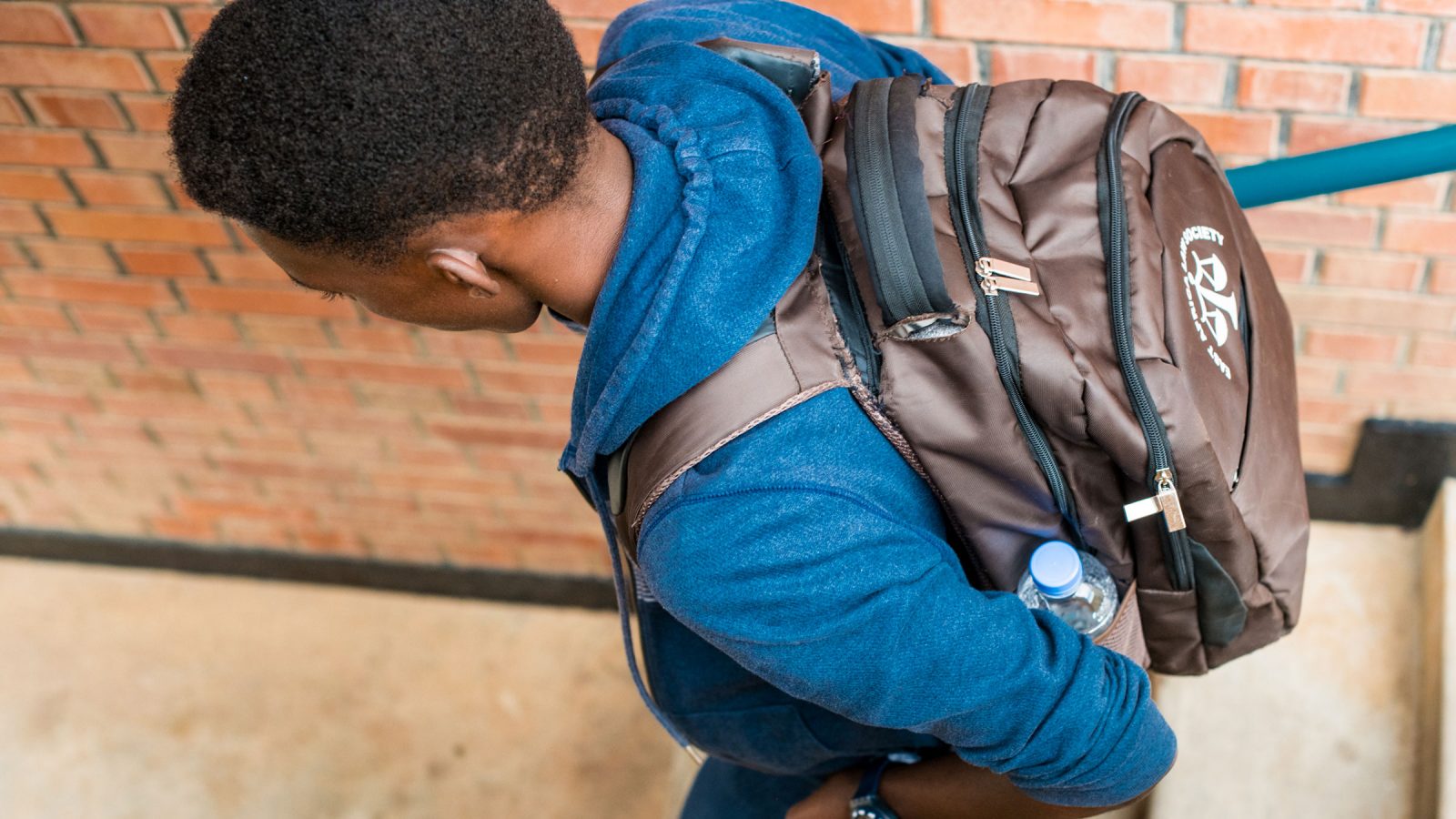 The National Institute of Mental Health has awarded the Silver School of Social Work and Steinhardt School of Culture, Education, and Human Development at NYU a five-year, $5.8 million R01 research grant to implement and study the effectiveness of a system of care for Black youth that combines suicide risk screening with an intervention to help connect at-risk youth to quality mental health services. The study will be implemented at the emergency departments of Harlem Hospital and Kings County Hospital in New York City.

The project, led by PIs NYU Silver Dean Michael A. Lindsey, Pamela A. Morris-Perez of NYU Steinhardt’s ARCADIA for Suicide Prevention, and Cheryl A. King of the University of Michigan Youth Depression and Suicide Prevention Program, will be based at the NYU McSilver Institute for Poverty Policy and Research and NYU’s Institute of Human Development and Social Change. It responds to an urgent need for an effective suicide risk detection, treatment, and prevention strategy for Black youth that was highlighted in “Ring the Alarm: the Crisis of Black Youth Suicide in America,” a 2019 report released by the Congressional Black Caucus’s Emergency Taskforce on Black Youth Suicide and Mental Health. Dr. Lindsey led the working group of experts that supported the task force’s work.

“From 1991 through 2017, suicide attempts increased by 73% among Black high school-aged youth, and suicide attempts requiring hospitalization increased by 122% for Black high school-aged boys,” said Dr. Lindsey. “The suicide death rate among Black youth has been found to be increasing faster than any other racial or ethnic group and the challenges of suicide prevention among Black youth are manifold. Many suicidal Black youth are unidentified, fewer than half are referred to treatment following an emergency department visit, and many referred youth do not adhere to treatment. This study aims to address those challenges by examining the effectiveness of an easily implementable system of care to identify and respond to suicide risk among Black youth who present to hospital emergency departments.”

“This work is deeply personal for me,” said Dr. Morris-Perez, who launched her work in suicide prevention in the wake of losing her teen daughter to suicide in 2019. “Many youth take six or more years to be identified and linked to treatment. By bringing prevention to the spaces that youth and their families already are, we can get more kids the care they need more quickly.”

The system of care at the center of the new study, known as WeCare, combines two evidence-based strategies commonly recommended for use in emergency departments. The first is universal screening of Black youth presenting at the participating emergency departments using the Computerized Adaptive Screen for Suicidal Youth (CASSY), which was recently developed and validated by a team led by Dr. King and colleagues. The second is implementation of the SAFETY-Acute suicide prevention intervention, with a cultural adaptation based on Dr. Lindsey’s extensive work with Black youth, their families, and community stakeholders to address treatment barriers, and the replacement of follow-up phone calls with text messages to increase engagement. “It is imperative that we identify effective systems of care for youth suicide prevention. We’ve developed screening tools, learned about barriers to care, and developed effective interventions. This project takes us a big step further. It will enable us to put these components together and tailor them for Black youth at risk for suicide,” said Dr. King.

Using established implementation science frameworks, the research team will work with stakeholders including Black youth at risk for suicide and their parents, as well as clinicians, support staff, and administrators at the study sites, to inform and implement WeCare. They will then conduct a randomized clinical effectiveness trial enrolling 2,200 Black youth, ages 12 to 17, who are assessed to be at moderate or high suicidal risk. Participants will be randomly assigned to WeCare or receive the usual services. They will be assessed via survey at 3 and 6 months and via medical record review at 12 months after the intervention to measure the beneficial effect of WeCare in these real world clinical settings.

Founded in 1960 and renowned for a strong tradition of excellence in direct social work practice and dedication to social justice, NYU Silver has provided rigorous training to more than 20,000 social work practitioners and leaders in every area of the field. The School’s faculty are on the leading edge of scholarly research and address society’s most intractable problems with a focus on proactive approaches and preventive interventions that transform lives. Learn more at socialwork.nyu.edu.

Located in the heart of Greenwich Village, NYU’s Steinhardt School of Culture, Education, and Human Development prepares students for careers in the arts, education, health, media, and psychology. Since its founding in 1890, the Steinhardt School's mission has been to expand human capacity through public service, global collaboration, research, scholarship, and practice. To learn more about NYU Steinhardt, visit steinhardt.nyu.edu.

About the NYU McSilver Institute

The McSilver Institute for Poverty Policy and Research at New York University is committed to creating new knowledge about the root causes of poverty, developing evidence-based interventions to address its consequences, and rapidly translating research findings into action through policy and best practices. Learn more at mcsilver.nyu.edu and sign up for updates.

About the Institute of Human Development and Social Change (IHDSC)

The Institute of Human Development and Social Change (IHDSC) is the largest interdisciplinary institute on New York University’s Washington Square campus. A joint initiative of NYU Steinhardt School of Culture, Education, and Human Development; NYU Wagner School of Public Service; NYU Graduate School of Arts and Science; and NYU’s Office of the Provost, IHDSC aims to break new ground through support for rigorous research and training across social, behavioral, educational, policy, and health sciences. Learn more about IHDSC and sign up for updates. Within IHDSC, this work will be housed in Morris-Perez’s newly launched research center ARCADIA for Suicide Prevention.

About the Youth Depression and Suicide Prevention Program (YDSP)

The YDSP is a large interdisciplinary research program in the Department of Psychiatry at Michigan Medicine.  It is committed to developing new knowledge and optimizing suicide risk screening, risk assessment, and prevention/intervention strategies for youth and young adults. Learn more about YDSP at https://medicine.umich.edu/dept/psychiatry/programs/ydsp.