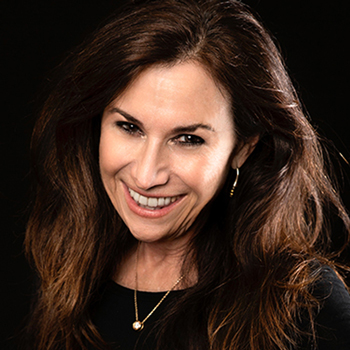 “For every sad story, I can tell you 100 of human courage, strength, and wisdom.” So says Dr. Lori Wiener, who has dedicated her four-decade career to working with children diagnosed with cancer and pediatric HIV/AIDS. Creating crosscurrents between her roles as a researcher and a clinician, Dr. Wiener has helped radically reform the way children with life-threatening diseases are counseled, supported, and seen.

As head of the NCI’s Psychosocial Support Program, Dr. Wiener has repeatedly translated bedside need into innovation. She’s created workbooks, board games, and other interactive platforms that give pediatric cancer patients and families a non-threatening forum to discuss illness. Sensing that biblio-therapy could provide a sense of comfort or facilitate communication—and finding that few relevant books existed—Wiener co-wrote one, The Gift of Gerbert’s Feathers (forthcoming in February 2020.)

Perhaps most impressively of all, Dr. Wiener has helped lead an international effort to create the first-ever evidence-based psychosocial standards of care for children and families living with cancer. It’s a badly needed roadmap leading from diagnosis through survivorship, or to end-of-life care and bereavement. Dr. Wiener has taken this journey thousands of times, witnessing love and resilience in their purest forms. “It is not a tragedy, but a privilege,” she says, “to be allowed into the lives of these children and each of their family members.”