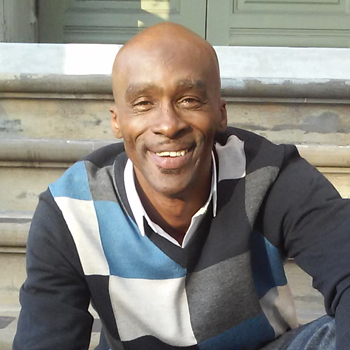 From Victim of Mass Incarceration to Criminal Justice Reformer

Terrence Coffie, BS ’16/MSW ’17, who began his academic career by earning his GED at Marion Correctional Institution, was a standout student during his years at NYU Silver. For his performance within and outside of the classroom, he received honors including the NYU President’s Service Award, the School’s Excellence in Leadership Award, and the National Association of Social Workers, New York City Chapter’s Alex Rosen Student of the Year Award.

Coffie has been just as much of a standout in his professional career to date. Upon graduation, he began working full-time as Community Affairs Liaison for The Doe Fund, an organization that helps homeless and formerly incarcerated men rebuild their lives. On the side, he worked with Educate Don’t Incarcerate (EDI), an organization he founded while still at NYU; co-authored a chapter in the book Race, Education and Reintegrating Formerly Incarcerated Citizens; produced a documentary about juvenile justice in America; was a frequent public speaker on criminal justice reform; and became an Adjunct Lecturer at NYU Silver, teaching the MSW elective Forensic Justice in Problem Solving Courts. For his achievements, he was honored by Citizens Against Recidivism with its 2017 Leadership in Education Award and by The Made Man Foundation as a 2019 Distinguished Leader and Advocate for Change.

In February 2020, Coffie left his position at The Doe Fund to focus on his teaching, public speaking, and, first and foremost, his role as CEO of EDI, which had recently launched a national “I am a Credible Messenger” campaign. Coffie explained, “The aim of the campaign is to amplify the lives, experience, and voices of those impacted by a system of injustice in order to advance reform. It is important that formerly incarcerated individuals who are doing social justice work all across the country have a space in which our narratives are being told by us, because when someone else tells your story for you, it gets watered down.” In 2022, he launched the Social Justice Network, of which he is the Founder and Executive Director

Coffie himself spent years in and out of the prison system after spending his childhood in the foster care system. In 2009, he finally found the supports he needed to stop the cycle of incarceration through The Doe Fund’s Ready, Willing & Able program. He said, “It was because a social worker at The Doe Fund saw the potential in me that I went on to enroll and graduate from Bronx Community College and then earn my bachelors and master’s from Silver. To be provided the opportunities that I have had at New York University, and the friends that I have made, and the doors that have opened, sometimes it is like a dream come true. But at the same time, what I think about are those countless men and women who are locked away in cages without those same opportunities, and that is what I am trying to change.”

Coffie said he always knew he wanted to make change. “At first,” he said, “I thought I could do it with passion alone. I came to realize that while passion is necessary, I also needed to have the tools to be able to execute at the legislative level.” He gained those tools at Silver. He noted, “The most influential courses I took were in policy, where I learned about systems, methodologies, and what advocacy truly is. Yes, in one sense, advocacy is protesting to raise awareness, but it is also engaging to create change from a legislative perspective. I always sensed that there was a way that I could have a broader impact than working with one person at a time and I found that the way was through policy.”

From his first undergraduate policy class, Coffie went on to testify before the New York City Council in favor of the Fair Chance Act, which ultimately passed and now prohibits employers from discriminating against those formerly incarcerated. As an MSW student, he did his field placement at the School’s McSilver Institute for Poverty Policy and Research, and he took the School’s study-away course on Social Work and Legislative Advocacy in Washington, DC, where he and classmates lobbied Congress to implement changes to the juvenile justice system.

In his field placement, Coffie not only worked on juvenile justice policy but he also assisted in a research project in a public mental health clinic serving children and their families. Coffie said, “It was important for me with my policy focus to understand the issues on the ground. A lot of that played out for me right there in that clinic. Our micro and mezzo social work colleagues are on the front lines, seeing the challenges that individuals and communities are encountering, and that informs our policy agenda. I always tell my students, ‘whether you are working at the micro, mezzo, or macro level, you have to know one another and share information.’”

Among his current projects, Coffie is now hosting a weekly program called “It’s Coffie Time with Professor Coffie” on independent internet radio station krunk868.com. Through EDI and the I Am a Credible Messenger Campaign, he is also co-organizing the Criminal Justice Reform Conference 2020: The Voices of Credible Messengers, which will take place on June 13-14, 2020, at the Sheraton Hotel New York Times Square.

Coffie said he draws on the skills he developed and relationships he cultivated at NYU in his work today. “There are so many people at Silver who have encouraged me along the way,” he said, “ Dr. Robert Hawkins in particular was one of the most supportive, inspiring, and influential individuals. He has been instrumental in pushing me forward.” As much as Coffie gained from his education at Silver, he continues to give back through his teaching and mentorship of current MSW students, and the profound impact he is making in society.